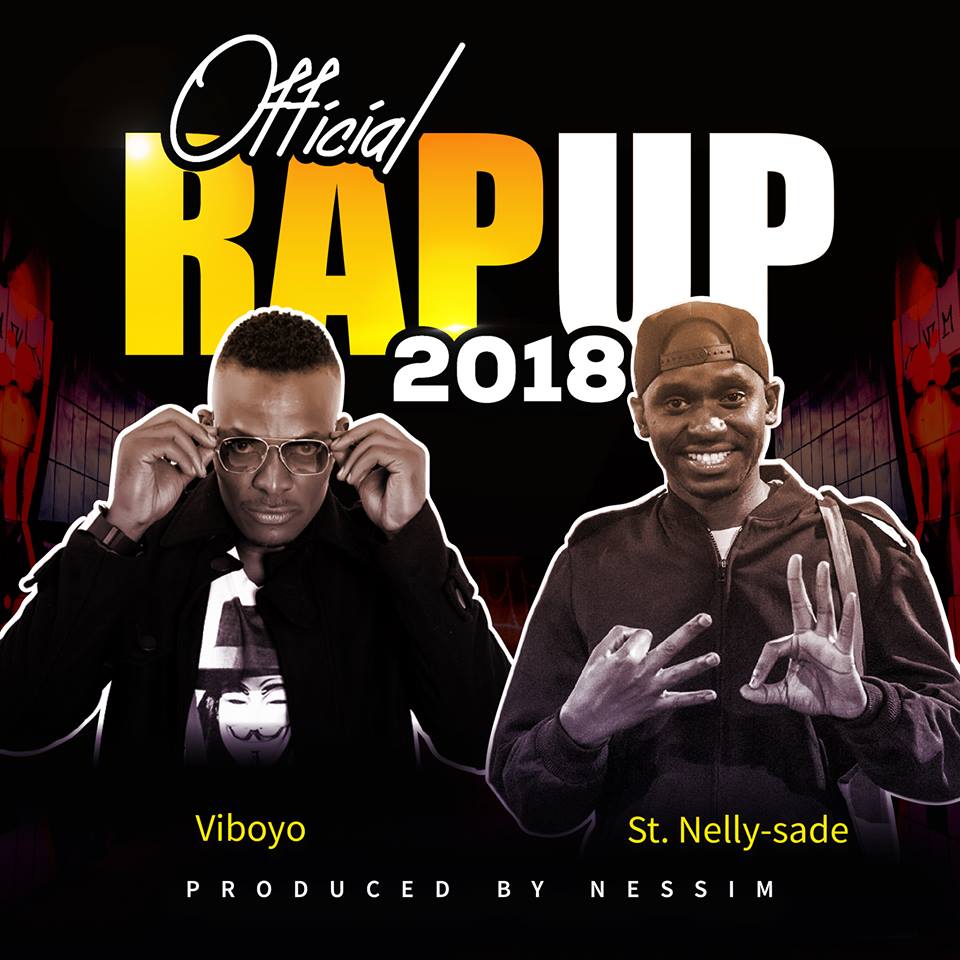 Celebrated Ugandan luga-flow rapper St. Nelly-sade and Swangz Avenue artiste Viboyo have released what they call the official “Rap Up 2018”.

The two musicians have each always released a song at the beginning of every year, rapping about the events of the previous year.

This time they teamed up on a 7-minute song, in which they rapped about all the major events that occurred in Uganda in the year 2018.

The events they rap about in the song include; the death of singer Mowzey Radio, MP Abiriga and ASP Kirumira’s assassinations, Social Media and Mobile Money Taxes, how musician Bebe Cool was pelted with bottles at Swangz Avenue All Star concert, American Rapper Kanye West’s visit to Uganda, how Miss Uganda Quin Abenakyo was crowned Miss World Africa, the resignation of KCCA ED Jennifer Musisi, the firing and arrest of former IGP Gen Kale Kayihura and how Uganda Cranes qualified for the 2019 Africa Cup of Nations among others.