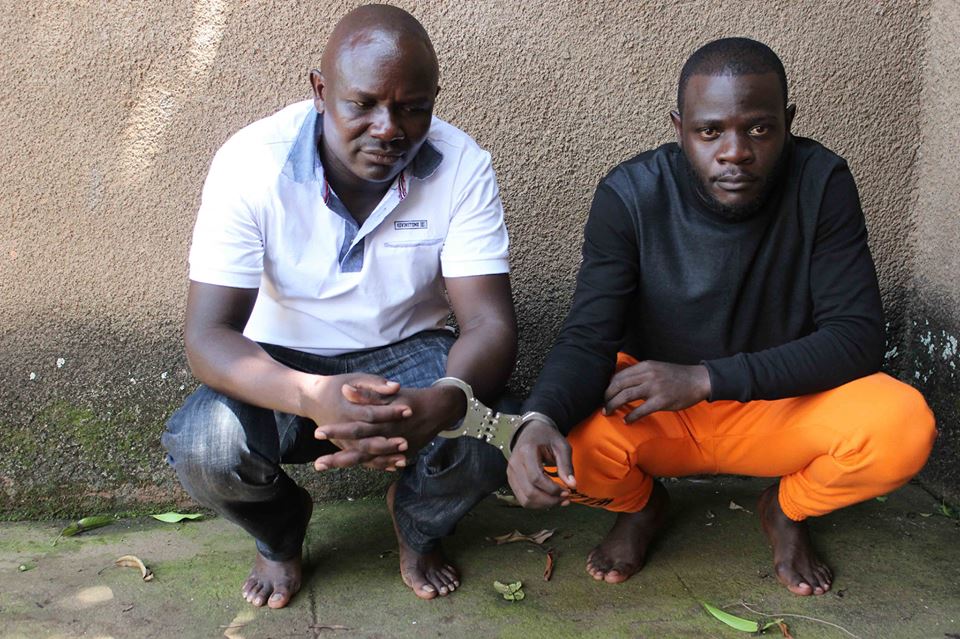 The suspects identified as Andrew Sebitosi and another only identified as Mwima have currently been taken under custody by the internal Security Organization (ISO).

Their arrest came as a result of the murder of two Ugandan businessmen in Congo by an alleged ADF commander. The said ADF commander, a one Meddie Nkalubo cut off heads of these two businessmen, sent photos of their bodies to Ugandan security agencies.

Operations to wipe out any ADF operatives in the country have yielded to the arrested of Sebitosi and Mwima.

Sources from security organs said they are committed to completely wiping out the ADF from wherever they still operate in the country. We have confirmed that ADF is no longer a serious threat as it had been thought.

Detectives are currently interrogating Mwima and Sebitosi in an attempt to find out more about their cells and operations with a view of mitgating them.

Upon arrest, they told officers that they had denounced subversive activities and were carrying these bombs as evidence.