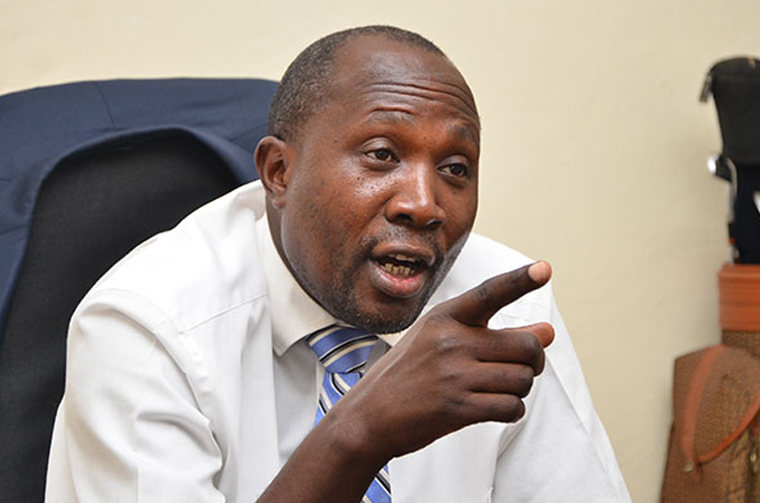 Budadiri West Member of Parliament Nathan Nandala Mafabi has Thursday assumed leadership of the Public Accounts Committee (PAC), one of the four accountability committees in Parliament.

Mafabi, a former Leader of the Opposition in Parliament, will be chairing the committee for the second time, having first chaired it in the Eighth Parliament.

The Public Accounts Committee examines the audited accounts showing the appropriation of the sums granted by Parliament to meet expenditure of the central government and judiciary.

The committee has been chaired by Soroti District Woman MP Angeline Osegge since the start of the 10th Parliament in 2016.

“You will commence your assignment with the current report of the Auditor General for 2017/18,” said Osegge.

She called on the new leadership to open communication with the Commonwealth Secretariat in bid to revive Uganda’s participation in the Commonwealth Association of Public Accounts Committees (CAPAC).

Nandala Mafabi commended the outgoing leadership for its work in following up the Auditor General’s reports to completion. He pledged to continue the vigour exhibited by the committee in engaging public accountability.

“We are not new to the game as I have chaired this committee before. I thank Hon. Osegge for setting a standard of work and we shall continue the work of getting accountability done effectively, for the benefit of Ugandans,” said Nandala Mafabi.

The former Leader of the Opposition, Hon. Winfred Kiiza (FDC, Kasese district) commended the outgoing team for its work albeit the challenges faced.

Hon. Okin P.P Ojara is the Vice chairperson of the committee.