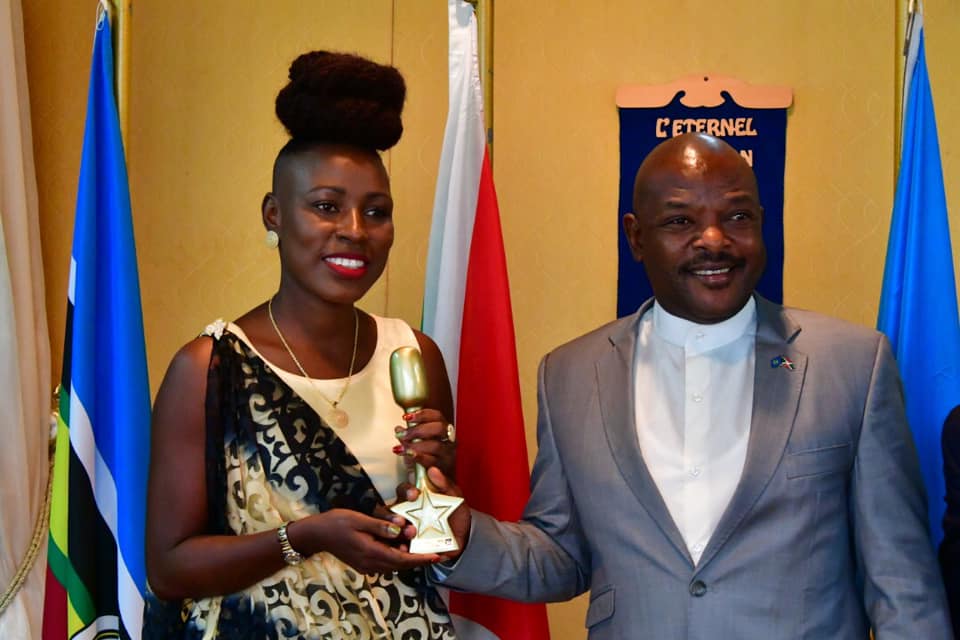 Burundian singer Natacha La Boss was given a heroes welcome when she returned home after winning a HiPipo Award in Uganda.

Hundreds turned out to welcome the singer who successfully beat off stiff competition from Yovi (Nigeria), King Monada (South Africa), Joyce Blessing (Ghana), Shekhinah (South Africa), Mankind (Kenya) and Mbosso (Tanzania) with whom she was nominated in the category.

“I would like to thank his Excellency the President of the republic of Burundi for the warm welcome. His excellency encouraged us and was thankful for the honor we gave to our beautiful country Burundi during Hipipo Music Awards,” Natacha La Boss said after meeting President Nkurunziza.

In Burundi, Natacha La Boss is popular for her songs like “Abarundikazi”, “Mubibona Gute”, “Roho Yangu” and “Kuja” among others.