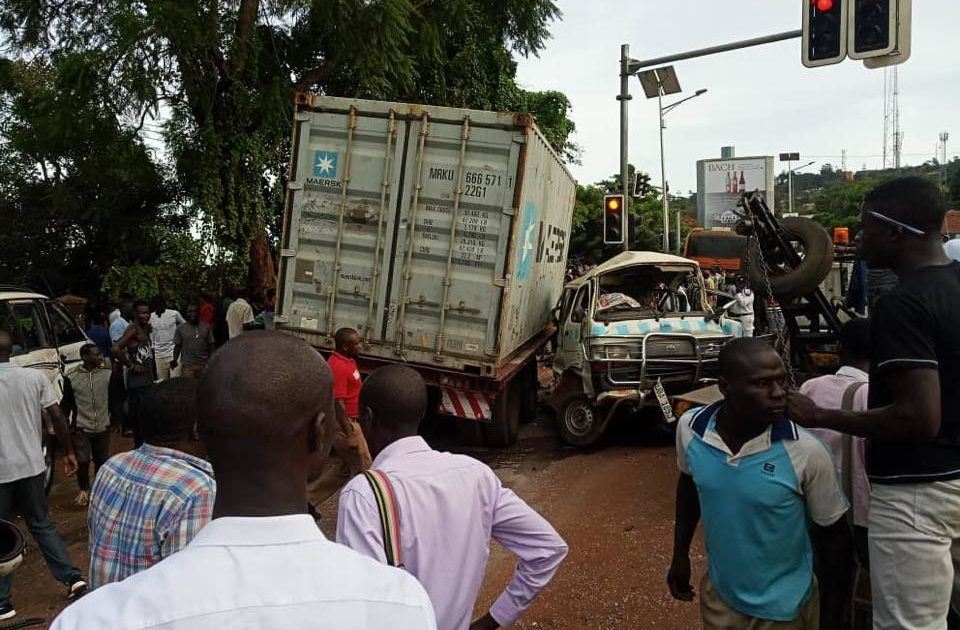 Dozens of people were injured after a truck lost control and caused a deadly accident Kira Road in Kampala on Wednesday evening.

The accident which occurred at the Bukoto traffic lights near Kira Road Police Station involved 8 motor vehicles and 2 motorcycles.

The driver of the maroon Ford truck registration number UAA 497L, lost control and rammed into other vehicles and motorcycles that had been stopped at the traffic lights.

Police has confirmed that a total of 29 people were severely injured. These were rushed to Mulago Hospital for treatment.

Here is a video of how the accident happened as captured by the street CCTV camera: