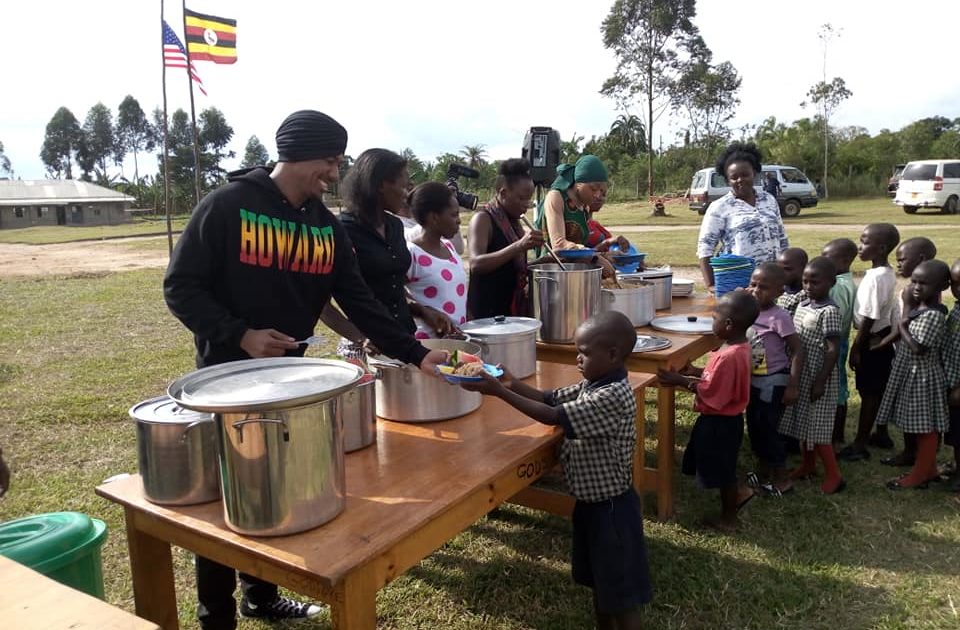 Well as the celebrated star would have been expected to be in the country for entertainment, this website has learnt that he is here for charity.

The actor, who arrived in Uganda on Tuesday, is working with Well of Hope Ministries, a Non-Government Organization that supports children with imprisoned parents.

On Wednesday, he visited the children at the Well of Hope schools in Nakaseke District.

“He came to see the children and hear their stories firsthand. He said he would come back and that he would support our work,” an official from Well of Hope ministries said.

This website understands that Nick Cannon learnt about the work of Well of Hope from Dr. Bahhiyah Muhammad, a lecturer and his supervisor at Howard University in the U.S.

Dr Bahhiyah has been partnering with Well of Hope on their projects especially extending support  to children whose parents are imprisoned.