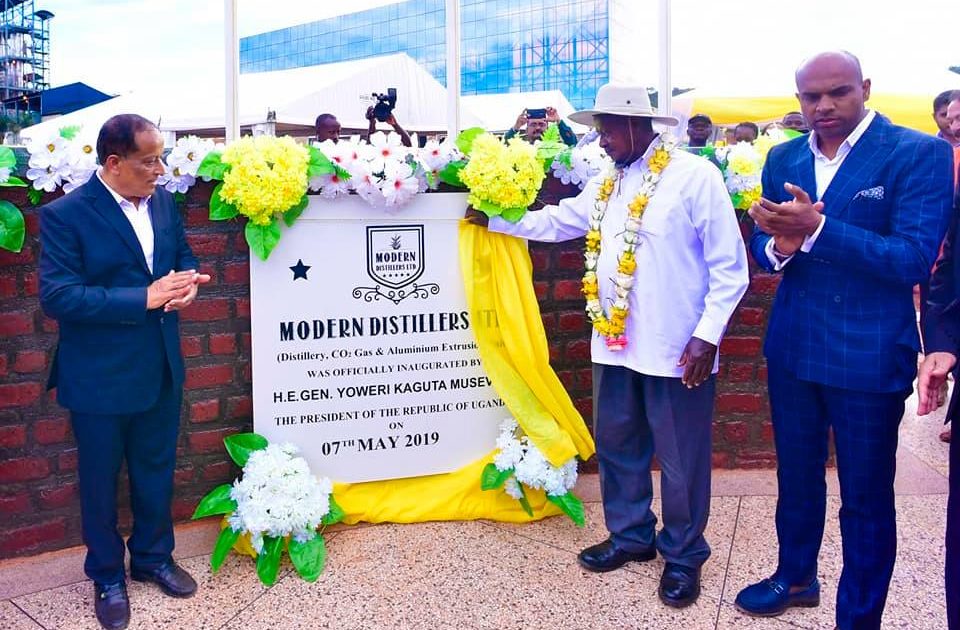 President Yoweri Museveni commissioned a total of 10 factories in Jinja Municipality, Jinja District of Busoga Sub-Region and in the neighbouring District Buikwe in the Central Region of Uganda.

The factories that are in Jinja Municipality are owned by an entrepreneur called Patel Meghi Magan and they include Nile Aluminum Ltd, Nile Agro-Industries, Auromeera Industries Ltd, Modern Distilleries, Nile Batteries and Modern Laminates.

Mr. Patel Meghi Megan, who came to Uganda in 1997, has so far established a total of 26 factories in the country that currently offer 12,000 direct jobs and 50,000 indirect employment opportunities.

Addressing a rally in Buikwe District, President Museveni told the people that it was important for the country to attract more investors because it would create more jobs for the youths. He observed that Uganda is a conducive destination for investment because the country is peaceful and is steadily developing her infrastructure sector.

“Powerful countries like America are developed because they allowed investors in their country. Other countries like Japan have more jobs than the population because of investors. That is why some of our people go there for ‘Kyeyo’ because of the jobs,” he said. 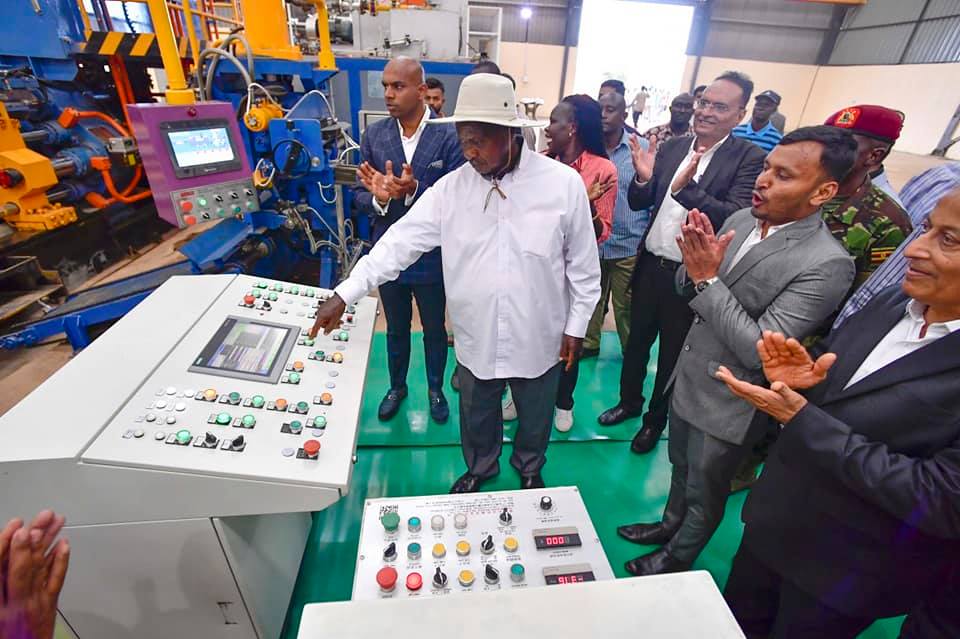 On the issue of remuneration in factories, President Museveni said that salary increment is dependent on the profitability of the investor enterprises.

President Museveni hailed entrepreneur Patel Meghi Megan and his partners, for coming to Uganda to take part in the development process of the country.

He commended the entrepreneur’s plan of wanting 25 more factories on in MMP industrial park land.

He reiterated that the products from factories would not only get local market but also in the regional and African markets.

President Museveni stressed the need for the country to establish a paper making industry, saying it would help reduce over US$130 million dollars that Uganda spends on importing paper.

“I visited a factory that recycles old paper into new paper. The Managing Director has promised me that he will start making papers from bamboo trees, which grow faster than pine trees. This is very promising,” he noted.

The Minister of Finance and Economic Planning, Hon. Matia Kasaija, while thanking President Museveni for the good leadership that has made the country reach an appreciable level of development, revealed that the national economy is moving up and that tempo is irreversible. 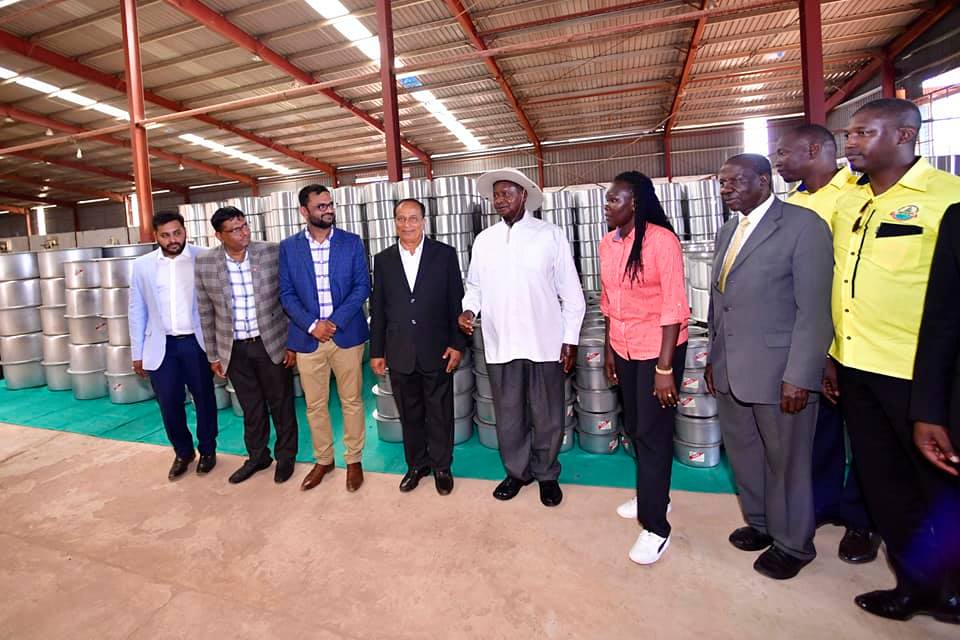 State Minister for Privatization and Investment, Hon. Evelyn Anite informed revealed that 17 out of the projected 25 Industrial Parks her Ministry was tasked to create, have already been established in the country. She said that Uganda is now able to manufacture her own products, which has led to more employment of youths. 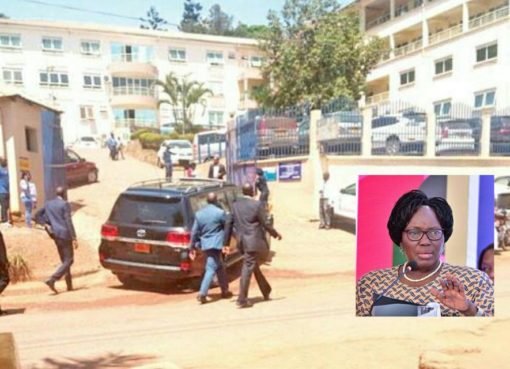 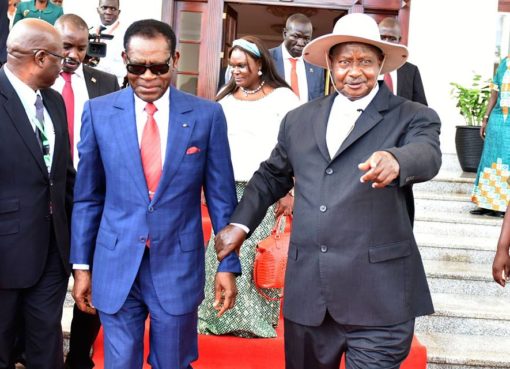 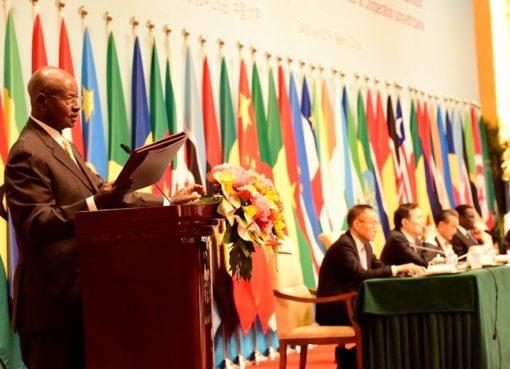 “Africa and The World Must Partner on Win-Win Basis” – Museveni