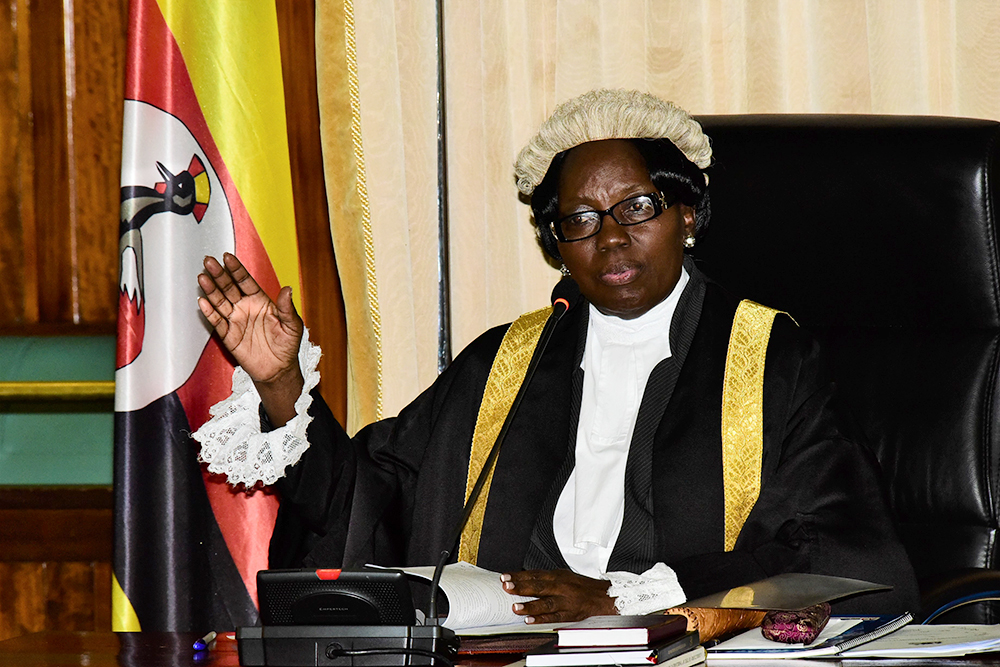 Speaker of Parliament, Rebecca Kadaga, has called on female employees to report cases of sexual harassment.

She noted that Section 7 of the Employment Act provides for reporting and handling of cases of sexual harassment at the workplace.

“If there are people who are being harassed, let them write to me, then we shall handle,” said Kadaga.

She made the call while addressing a press conference on Thursday, 30 May 2019 after meeting the Prime Minister, Minister of Gender, Labour and Social Development and the Attorney General in her boardroom over allegations of sexual harassment against the Deputy Solicitor General, Christopher Gashirabake.

The meeting followed a complaint Kadaga received from a delegation of women activists on 22 May 2019, led by the National Female Youth MP, Hon. Anna Adeke Ebaju.

Kadaga informed journalists that a committee was set up in February 2019 to investigate the allegations made by Senior State Attorney, Samantha Mwesigye against Gashirabake.

“I have been told that the committee comprises five members and we have agreed that we wait for the committee to complete its investigations and then we shall know how to proceed,” said Kadaga.

“I just want the country to know that I made an undertaking to find out what is happening within the government and I got an answer from the Prime Minister, Attorney General and Ministry of Gender,” said Kadaga.

Recently, Mwesigye came out to publicly accuse her supervisor, Gashirabake of sexually harassing her for as long as a decade.