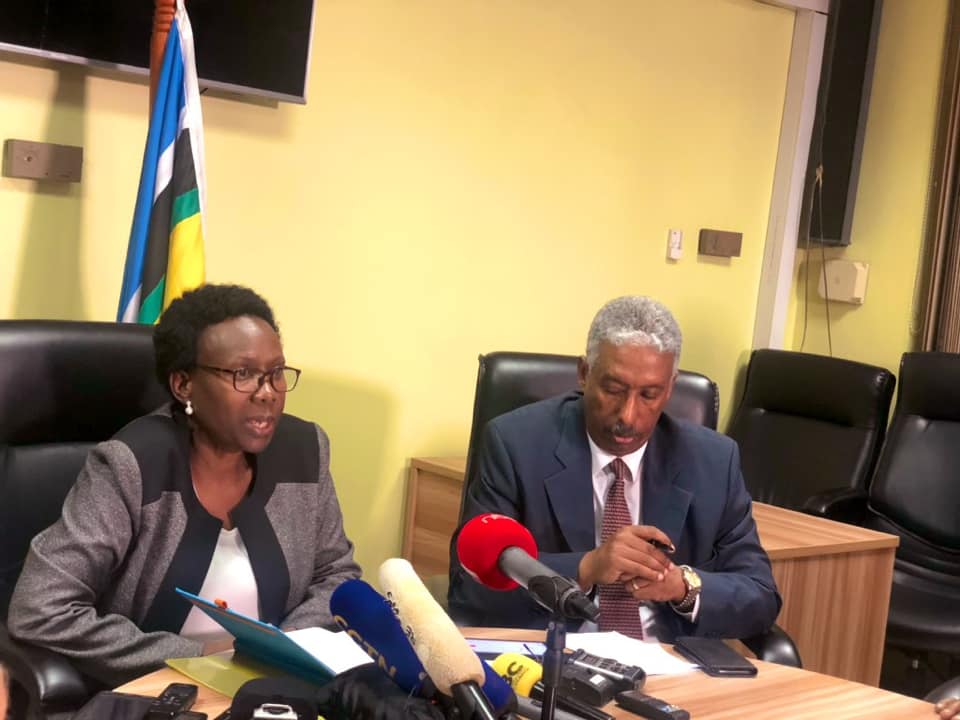 The Ministry of Health has confirmed the outbreak of Ebola in the Western Uganda District of Kasese.

Health Minister Dr Jane Ruth Aceng while speaking at a press conference on Tuesday evening revealed that a five-year-old boy is being treated for Ebola in Kasese.

“The confirmed case is a 5-year-old Congolese child who traveled from the DRC with his family on 9th June 2019. The child and his family entered the country through Bwera Border post and sought medical care,” Minister Aceng told journalists.

Aceng said that the Ministry of Health and the World Health Organization (WHO) have sent a team to Kasese to trace cases and vaccinate those suspected to have come into contact with the victim.

This is the first Ebola case in Uganda since an outbreak in neighbouring Democratic Republic of Congo 10 months ago, where over 2000 cases were recorded.