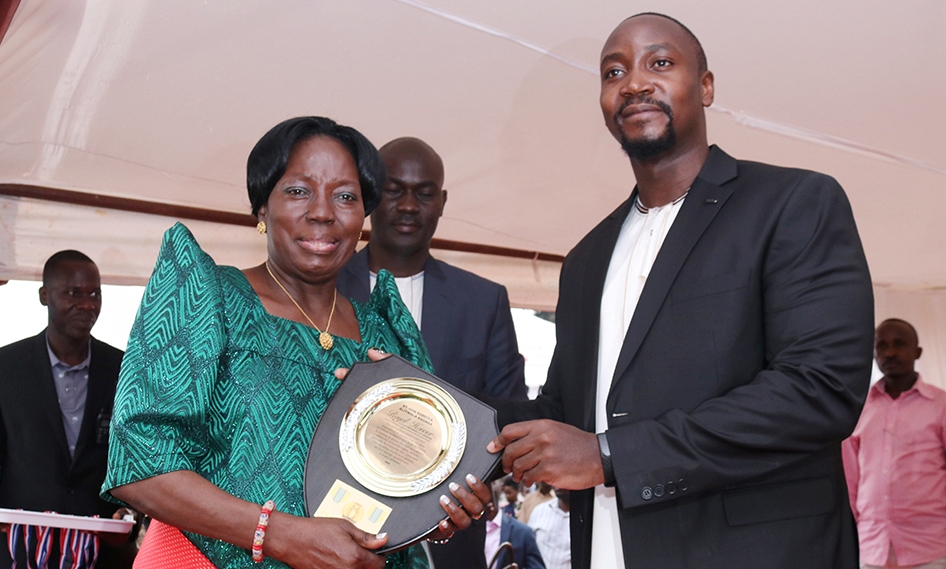 The Speaker of Parliament, Rebecca Kadaga, has been recognised for her support to the development and promotion of Busoga Kingdom affairs in the country and on the global scene.

The Speaker was awarded with the Sir Wilberforce William Gabula Nadiope medal, by the Kyabazinga of Busoga, His Royal Highness William Wilberforce Gabula IV, at an event held at Bugembe Stadium in Jinja District on Saturday, 22 June 2019.

On receiving the award, Kadaga thanked the Kyabazinga for appreciating her efforts to promote and market the Kingdom, with a call to residents to always promote their heritage with pride.

“We have to promote our local dialect by speaking it correctly. We should stop mixing our local language with other languages because it will make us lose our uniqueness,” said Kadaga.

She also noted that there was need to protect the girl-child especially in rural areas and promote education for girls so as to enable them compete favourably with their counterparts, noting that they have the potential to contribute greatly to society.

The awards were given to individuals and institutions that have put Busoga Kingdom on a high pedestal in the region and the country at large.

The Kyabazinga said that the awards aimed at appreciating persons who have served the Kingdom well, adding that it was a message to all Basoga to work hard to promote the Kingdom’s image.

“We need to change perspectives to doing things in order to promote growth of the people in Busoga. We should promote tourism and education among other activities in the Kingdom, to boost its wealth,” said the Kyabazinga.

The event was organised by the Busoga Royal Concept, whose chairperson, Prof. Juma Waiswa Balunywa, said the association has piloted a project to get all girls in school so as to empower them to get a share of the national cake.

“Quiin Abenakyo has raised the issue of girls getting pregnant at young ages of 12 to 15 years which hampers their potential progress in life. They should be supported to concentrate more on their studies so as to become successful persons in life,” noted Prof. Balunywa.

He also made a call to parents to utilise schools operating under the Universal Primary Education structure to educate their children especially in rural areas, in an effort to curb poverty in the country.

The awards included the Spirit of Busoga Medal, the Source of the Nile Medal and the Sir Wilberforce William Gabula Nadiope medal, with other awardees including Miss Uganda Quiin Abenakyo and the Clerk to Counsel of Busoga Kingdom, John Mwondha.

The Speaker was later hosted to a royal dinner at the Kyabazinga’s Palace that was aimed at raising funds to set up structures to improve education standards within Busoga Kingdom.

Kadaga used the occasion to reiterate her advocacy to green Uganda through planting trees to curb the challenges of climate change, adding that, “We should use all occasions to plant trees…and you can start with this royal dinner to plant a tree in commemoration.” 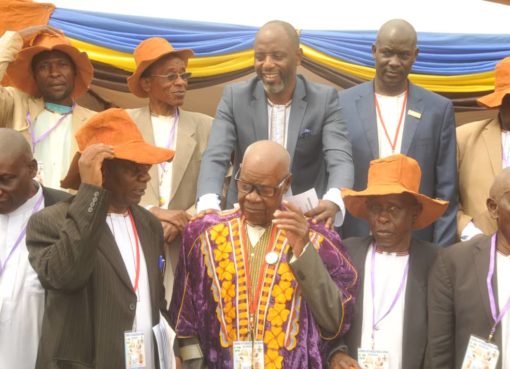 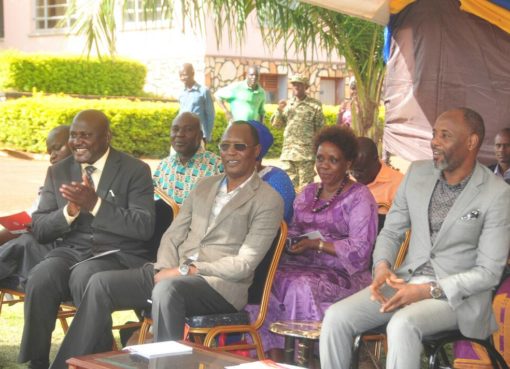 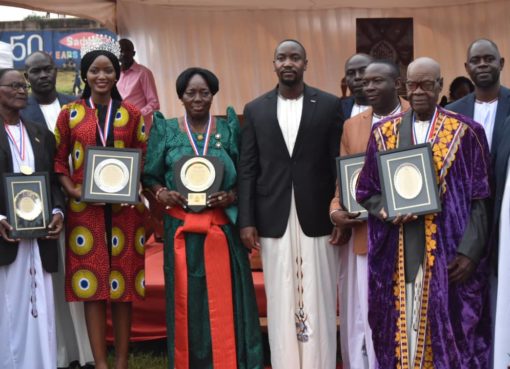