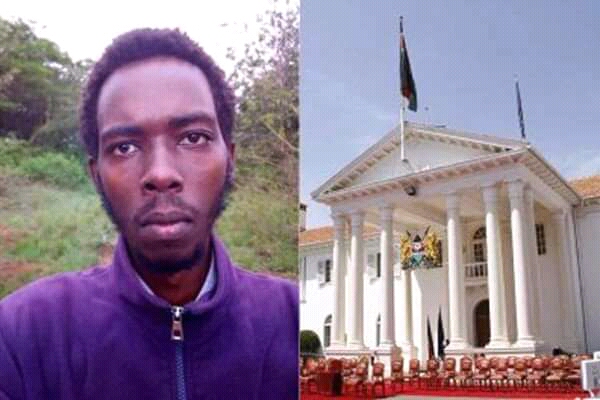 Bera a fifth-year Mechanical engineering student at Jomo Kenyatta University of Technology was shot after he attempted to intrude State house.

In early June, the 25-year-old forcefully gained access at the Presidential residence after scaling Statehouse wall while armed with a knife.

Police manning the premises shot at the suspect on his shoulder after he defied an order to surrender.

Brian Bera was booked at Kilimani Police Station before he was admitted at Kenyatta National Hospital under tight security.

Police were set to probe whether the suspect had mental challenges.

According to the suspect’s father, his son has on several occasions been taken ill after he exhibited symptoms of psychotic disorder.