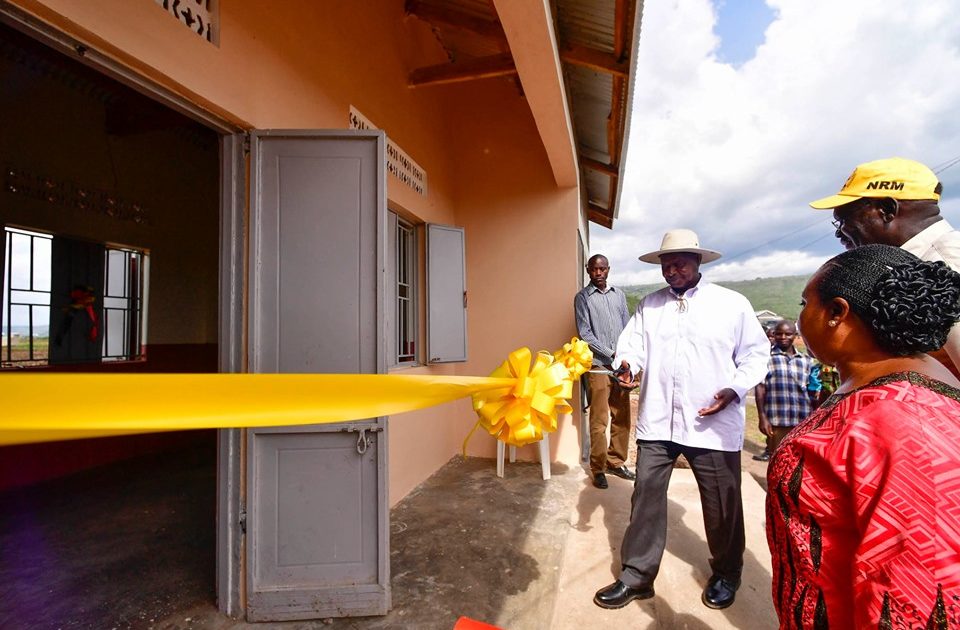 The resettlement project will see the landslide affected people from the districts of Bududa, Bulambuli, Sironko, Manafwa and Namisindwa settle in new homes

The implementation of the Resettlement Plan followed the President’s directive in November 2018 after a second landslide had killed 53 people in Bukalasi Sub-County, Bududa District.

While commissioning 101 housing units at Bunambutye Resettlement Camp in Bulambuli District on Wednesday, President Museveni expressed his happiness to see that finally, the people who had been affected by landslides had now seen and recognized the danger of staying in the areas that are prone to landslides.

“The people were not listening and the second landslide happened. I am happy that everyone has seen the danger and we can now go and save our people,” he said. 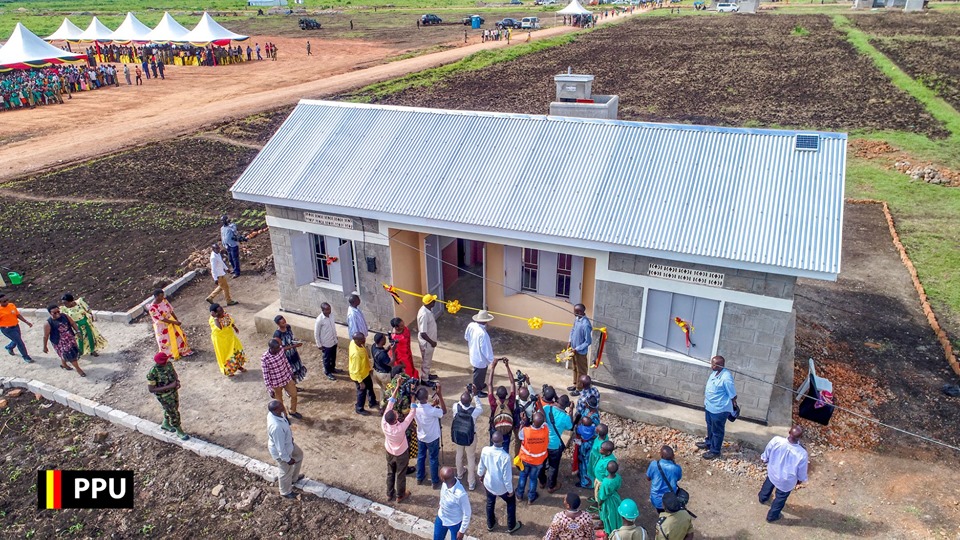 He criticized leaders who were frustrating government efforts to have landslide victims re-located to safer places and described those detractors as real enemies of people in those affected areas.

“Those who said no that you shouldn’t, they were pretending to love the people yet they are the enemies of the people. That is why there was paralysis,” he added.

President Museveni once again extended his sympathy and condolences to the people who lost their loved ones in the landslide tragedy in Bududa and the surrounding districts. He asked the wananchi to utilize productively the land that has been given to them so that they are able to generate income for their families. He proposed to them to undertake both food and cash crop production and also use the backyard of their houses to increase household income. 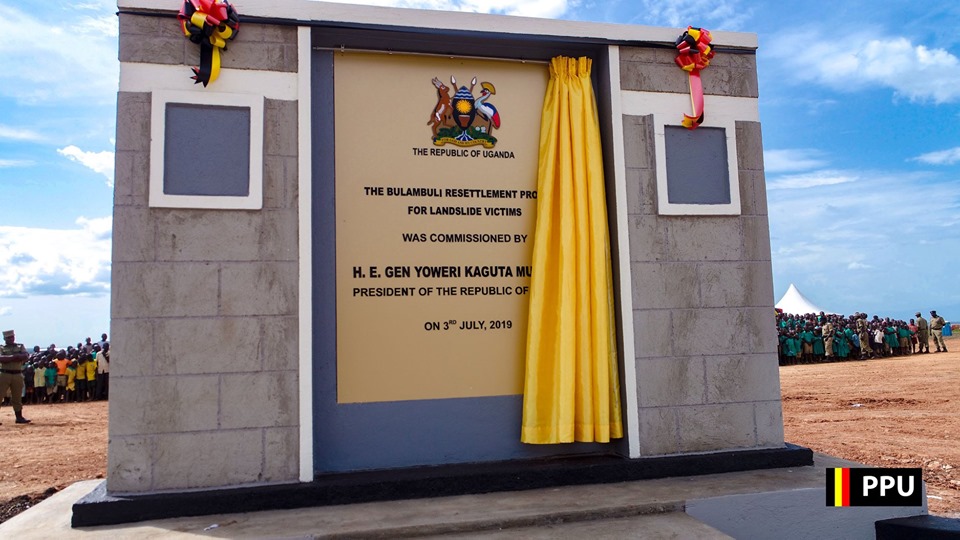 1st Deputy Prime Minister and Deputy Leader of Government Business in Parliament, Moses Ali, said the 10-year project that is being carried out jointly by the UPDF Engineering Brigade, the Construction Unit of the Uganda Police Force and and the Mechanical Unit of the Uganda Prisons’ Service, targets resettling 10,000 people per year, giving Bugisu Sub-Region top priority. He said despite the delay by some selfish people, 241 houses have been constructed out of which the first 101 have been completed and occupied; with the remaining 140 slated for completion in 4 months time. 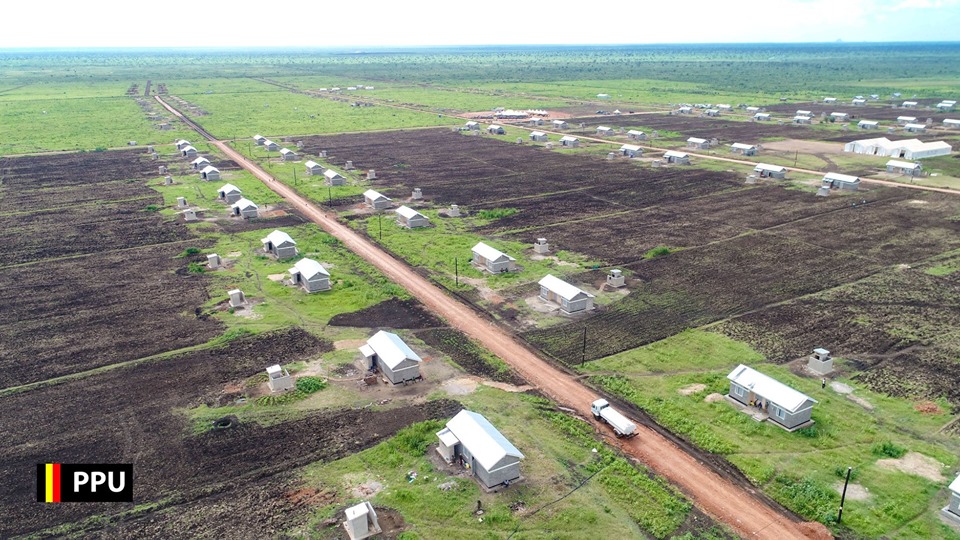 Later, President Museveni addressed residents of Bulambuli on job and wealth creation at Bunalwere Primary School in Bunalwere Sub-County. The President is currently on a countrywide tour to popularize the wealth and job creation programme with the aim of uplifting the livelihood of the masses.

The President said that while the NRM government has established peace and development such as education for all, health care, roads and electricity, among others, there is still a challenge of people producing for their stomachs and cannot meet their economic demands.

“If leaders only talk about development and they don’t talk about wealth creation, you will have good roads but stay poor,” he emphasized.

He, therefore, asked leaders to have good spectacles in diagnosing societal needs. He also revealed that government is working on major infrastructure in the region namely the Mbale – Muyembe road; Kapchorwa – Bukwo road and Muyembe – Namalu to Nakapiripirit road. He asked wanainch to tap into developed infrastructure to achieve wealth in their homes. 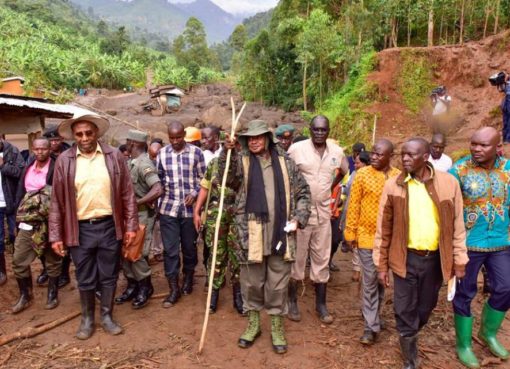 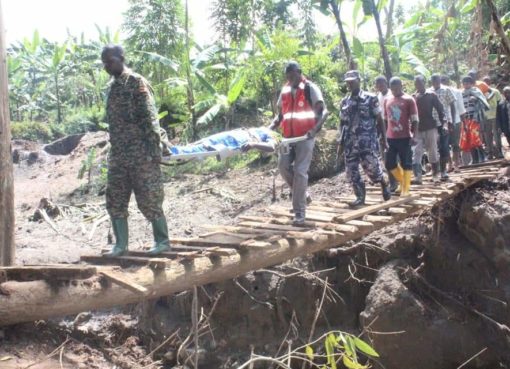