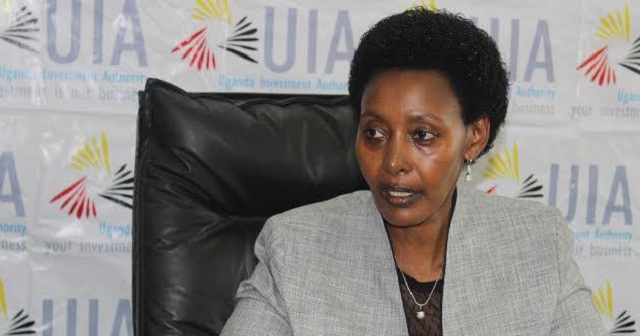 The board of Uganda Investment Authority (UIA) has fired the prepared  Executive Director Jolly Kamugira Kaguhangire, ending her brief time at the investment promotion agency.

Kaguhangire’s four year contract was terminated a year after her interdiction of accounts finding a select committee which implicated her for abuse of office, incompetence, insubordination, irregular recruitment and concealment.

Others are misinformation and lying to the board as well as causing gross financial loss to government by unjustifiably closing the investment offices at Kampala Investment and Business Park, Namanve.

The position of Executive Director is currently being occupied by Basil Ajer, the Director of Small and Medium Enterprises.

After her interdiction in June 2018, Kaguhangire refused to hand over the public office and properties in her possession as the government investigated the board for breach of employment schedules in her interdiction.

November 2018, IGG exonerated the board triggering alloy of processes to search and find a new Executive Director to steer UIA.

Dr Emily Kugonza, the board chairperson says the position has since been advertised for competent and qualified individuals to occupy.

Dr Kugonza says the recruitment process should be concluded by September for the new Director-General in tandem with the new law which re-designated all government Executive Director Positions to Director Generals in February this year.

Dr Kugonza says Kaguhangire’s case has since been handed to responsible government agency to recover funds she is accused of misappropriating.