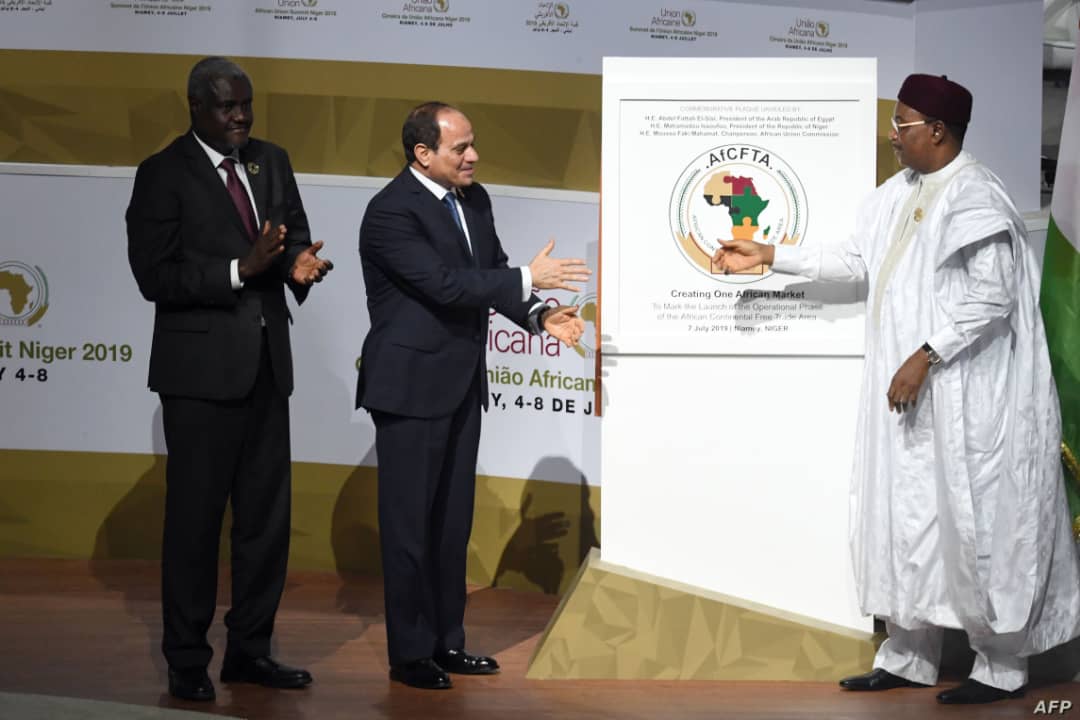 Africa is to enter into an era of peace and prosperity with the official launch of a continental trade agreement.

Nigeria, Africa’s biggest economy together with Benin signed on the new African Continental Free Trade Area on Sunday at an African Union summit in Niger. This leaves only Eritrea as the only AU nation still yet to join.

If successful, there will a $3.4 trillion free trade bloc leading to jobs and development of Africa predicted by experts

African Union commission chairman Moussa Faki Mahamat said “The success of AfCFTA will be the real test to achieve economic growth that will turn our people’s dream of welfare and quality of life into a reality.”

After 17 years of bitter and tough negotiations, trade among African nations could boost up to 60% in just three years which experts say.

But those experts understand that the continent is facing many challenges, for example unreliable or non-existent roads and rail lines, corruption and deeply entrenched bureaucracies.

Integrating economies and reducing such trade barriers as tariffs, the pact aims to increase employment prospects, living standards and opportunities in Africa and make Africans more competitive regionally and globally.

Nigeria’s willingness to sign the pact along with the Economic Community of West African States (ECOWAS) agreement to adopt a common currency will help boost trade throughout the continent, says Mohamed Ibn Chambas, the U.N. secretary-general’s special representative and head of the UN office for West Africa and the Sahel (UNOWAS).

The African free trade zone has been under discussion since 2002, with a draft deal signed in early 2018. In May, it surpassed a threshold of ratification by at least 22 member countries’ legislatures.