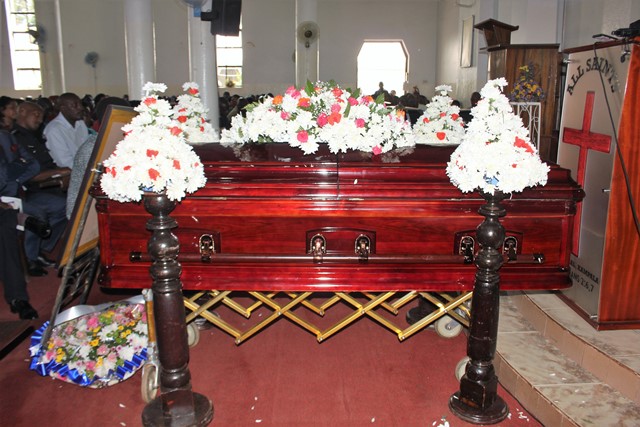 It was a somber moment on Friday afternoon as slain Hickory bar owner Arnold Mugisha Ainebyoona was laid to rest.

Ainebyoona was shot and killed by a security guard on the morning of Tuesday July 9th at Quality Supermarket in Naalya.

He, together with his friends were reportedly coming from the supermarket and accidentally hit a car in the parking lot with a shopping cart which sparked a row that ended his life.

He was shot in the neck and by the time his friends drove him to Kampala Independent Hospital in Ntinda, he had bled out and died.

Several posts on social media made rounds saying that the late was “arrogant and rude” to the security guard but despite all that, close friends have described Arnold as humble and very friendly.

Ainebyoona has today been laid to rest at his ancestral home in Keina Parish, Rweintobo-Rwahi Town Council, Rushenyi, Ntungamo District. 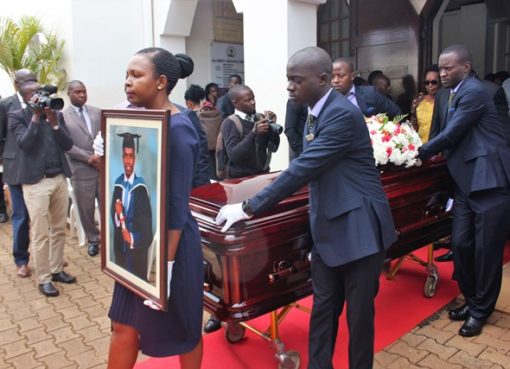