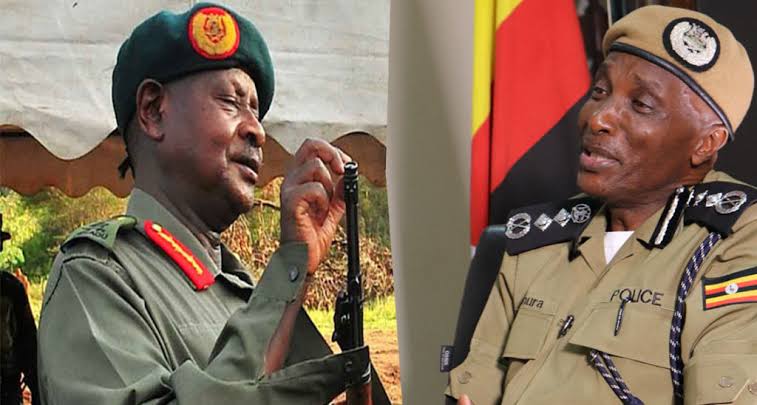 President Yoweri Museveni has issued a statement regarding the US sanctions against former Inspector General of Police, Kale Kayihura. “Before I comment on the action of the USA government in the matter of Kale, I should, first of all, say that, that excitement among some elements of the Opposition shows the poor quality of their spectacles when it comes to issues of Africa and Uganda,” Museveni said in a letter to Ugandans.

“Why do they think that going to the USA or, indeed, any non-African country is so important that if you are not allowed there, it will amount to a painful punishment? I know of no country that is more beautiful than Uganda on Earth Planet. It is actually a sacrifice for me to visit any non-African country on account of bad weather, strange foods etc,” he added.

The president further revealed that Uganda shall never hand any citizen to the International Criminal Court (ICC).

“For Kale or other Ugandans who are suspected to have made mistakes, they will always be handled in Uganda. That is why we shall never hand any Ugandan to, for instance, the Court in The Hague – the ICC,” he said.

“Kale is already facing whatever mistakes he is suspected to have committed in our courts. What value addition is, then, therefrom external actors?”he added.

Gen. Kale Kayihura was sanctioned by the United States over cases of “serious human rights abuse” and “corruption”

The sanctions were issued through the Department of the Treasury’s Office of Foreign Assets Control.