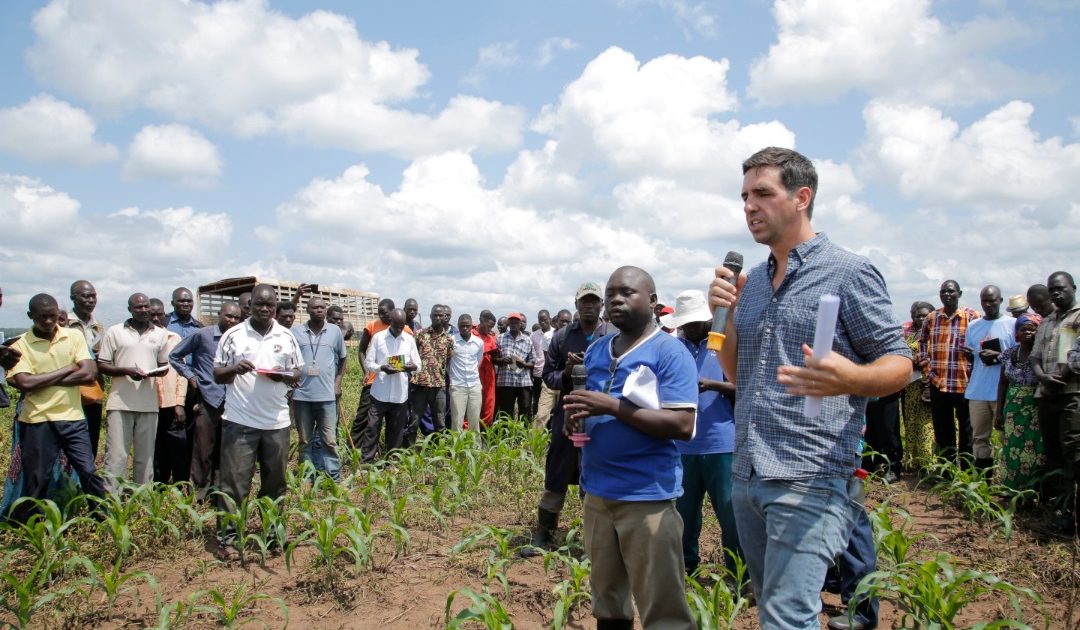 Agilis Partners (Agilis), a Uganda-based food and agriculture enterprise, is a winner of the 2019 United States Secretary of State’s Award for Corporate Excellence in Sustainable Operations (ACE), the State Department announced today. ACE recognizes American-owned companies that lead in spurring the sustainable development of the local communities in which they operate.

Agilis is a wholesaler of grains and pulses sourced from smallholder farmers and its own 13,500 acres of primary production. Through trainings on sustainable cultivation and post-harvest handling practices, the company empowers rural communities to achieve bigger harvests on healthier soils. Agilis’s mission is to empower Ugandans to sustainably feed Africa.

“Agilis is committed to leveraging our unique business model, fueled by private capital, to transform rural communities and catalyze a more food-secure Africa. We are humbled and honored to have the U.S. Government recognize our efforts,” said Benjamin Prinz, Co-Founder of Agilis.

Established in 1999, the ACE seeks to highlight ways in which companies represent American values in the way they do business, in line with international best practices such as the Organization for Economic Cooperation and Development’s Guidelines for Multinational Enterprises.

“Uganda has unique potential to nourish a growing Africa. We are excited to partner with Ugandans to unlock the potential in an inclusive and sustainable way,” said Philipp Prinz, Co-Founder of Agilis.

Agilis prides itself as an American-Ugandan company. Agilis and its subsidiaries are members of The Grain Council of Uganda, a leading force in formalizing the Ugandan grain industry. Progressive policies implemented by H.E. the President of Uganda Yoweri Museveni and Ministries of Agriculture, Trade and Finance have created a positive investment environment for businesses like Agilis.

Agriculture is one of the most vital sectors of the Ugandan economy contributing about 20% of its GDP and accounting for about 48% of exports. The agriculture sector employs 73% of the population with close to 4 million households surviving on small-scale farming. Agilis envisions a food system in which these households participate in the prosperity Ugandan agriculture offers.

“Over 60% of Ugandans are employed in the agricultural sector but less than 5% are in wage earning jobs in the sector. That means that the population is spending a lot of time in agriculture but not in a commercial setting. We are creating the gateway for employees to flourish,” Eduardo Browne, Co-Founder of Agilis explained.

Past winners of the ACE include General Motors, Colombia, Motorola, Brazil, Coca-Cola, Egypt and Ford Motor Company, South Africa, among others.