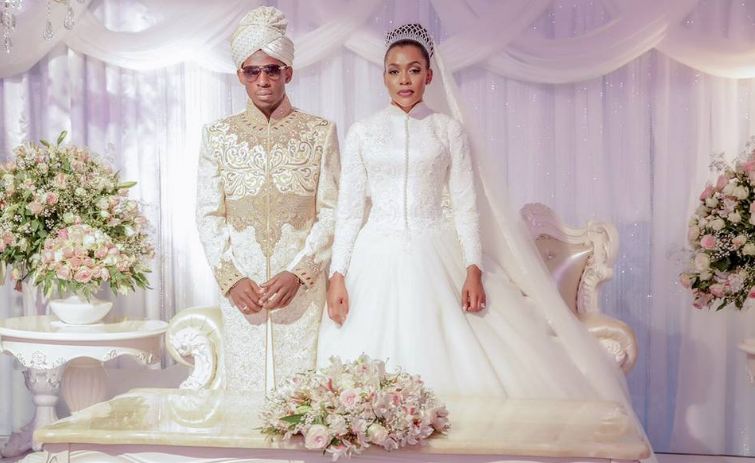 SK Mbuga is the man of the moment in the entertainment circles. Since his release from jail not many days ago, all eyes are on him, and all tittle-tattle rotates about his life.

Current talk on everyone’s lips is that his relationship with wife, Vivianne Mbuga is cracking and on the cusp of falling apart.

The cracks in their relationship are occasioned by rumours that Vivianne was seeing other men while Mbuga was in jail. She is linked romantically to a string of men with whom she was often seen hanging out with in night clubs.

SK got wind of all she was up to, and as a result, he is pulling the plug. Observers say he has been trying to avoid her even during gatherings where they are both present; case in point is a welcome home fete that happened on the day he returned. As if to relay more signals that it’s over between them, he has deleted all pictures in which he appears with the wife, including those captured on wedding their day.

The couple wedded luxuriously in 2016. They have two children together.

Speaking to journalists a few days ago, Vivianne said she needed some time alone with her husband.