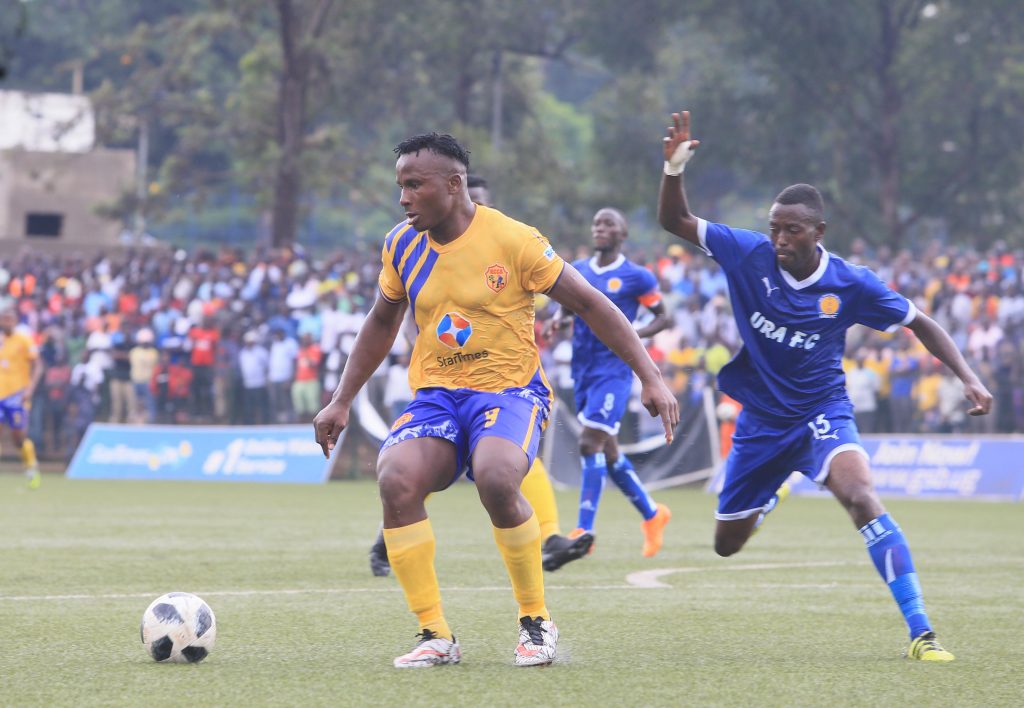 The visitors showed immediate intent when they went ahead after eight minutes through a shot from Ashraf Mandela that deflected off John Revita to give the tax collectors the advantage in the 8th minute.

Mike Mutyaba was fouled on the edge of the box and Kizza’s resultant freekick was saved in the 15th minute.

In 24th minute, John Odumegwu chested down for Allan Okello who pulled the trigger but his effort flew wide.

Nigerian Odumegwu then controlled a good ball from Obenchan, turned and shot but his effort went wide.

Two minutes from the half time mark, Gift picked a loose ball from midfield and shot straight to URA custodian James Alitho.

In the 57th minute, Sserwadda headed the ball to Okello whose half volley hit the back of the net to restore parity.

There was a change in the match officials after Alex Muhabi got injured and was replaced by John Bosco Kalibaala who was the fourth official.

Kizza had a chance to hand KCCA’s the winner but his effort rattled the bar. and was cleared out for a corner kick.

KCCA FC now has 23 points in 11 games and play Kyetume FC next on Saturday 23rd November at Startimes Stadium, Lugogo.