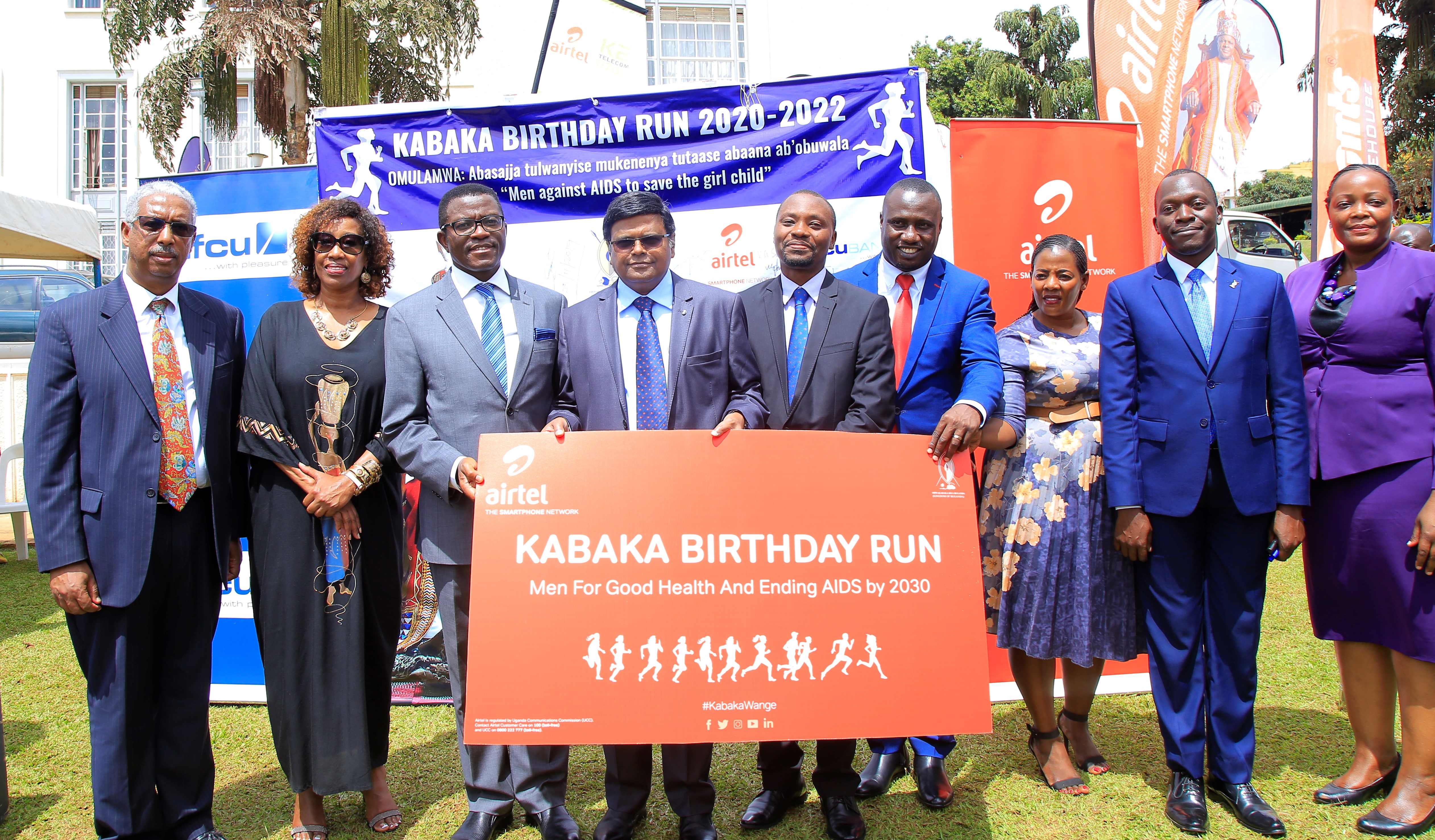 The 2020-2022 editions of the Kabaka’s Birthday Run will be under the theme; ‘Men against AIDS to save the girl child’.

In 2017, focus was rechanneled from Fistula to the Fight against Sickle Cells – with an intention of directing the Run’s proceeds towards fighting the sickle cells disease in Uganda. Together with the Ministry of Health, impact has been created in the areas of Sickle Cell Disease Awareness, testing and prevention. About 150,000 people were tested in the three-year period.

Speaking during the launch of the theme, Airtel Uganda’s Managing Director Mr. V.G. Somasekhar reiterated the importance of the telecom’s partnership with Buganda Kingdom and confirmed the company’s support towards the cause.

“Airtel Uganda will continue to support the Buganda Kingdom and we are very proud of this partnership. Going forward, we confirm our commitment to end AIDS by the year 2030,” he said.

The Katikkiro of Buganda, Owek. Charles Peter Mayiga thanked Airtel Uganda for their continued support of the Kingdom’s activities and always being available to support noble causes and the communities it operates in.

“Our aim is to increase AIDS awareness and encourage men to keep safe and protect the women as well as ensure that we end the epidemic. This is how we shall safeguard an AIDS-free future for our children and their children. I thank Airtel Uganda and all the other participants for heeding our call and coming to support us as we fight to reduce health problems in our community,” the Katikkiro noted.

The 2020 Kabaka’s Birthday Run will take place in April 2020 on a yet to be announced date.