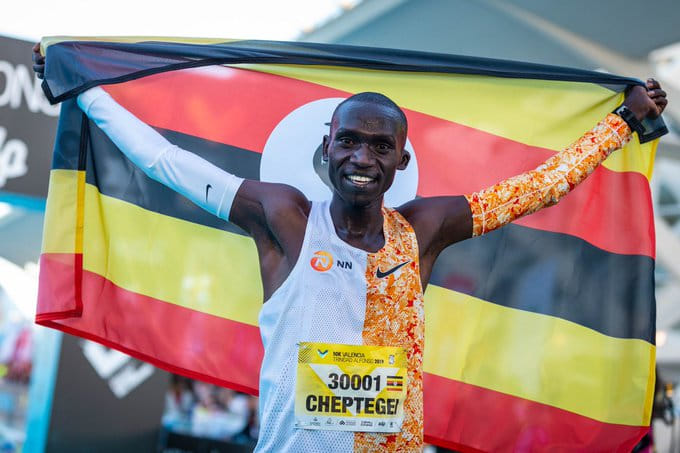 The 23-year-old broke the previous record by six seconds, which was set in 2010 by Kenya’s Leonard Komon.

Uganda’s Cheptegei was crowned 10,000m world champion in Doha in October, having won the 10km cross country world title in Denmark in March.

In 2018, he ran 41 minutes five seconds in Nijmegen, the Netherlands, to break the 15km road world record.

Cheptegei’s average pace was two minutes and 40 seconds per kilometre in Valencia, passing through 5km in 13 minutes 24 seconds.

“I knew that Valencia was going to be a really fast course, one of the fastest in the world. So to get to achieve what we came here for is something really special.”