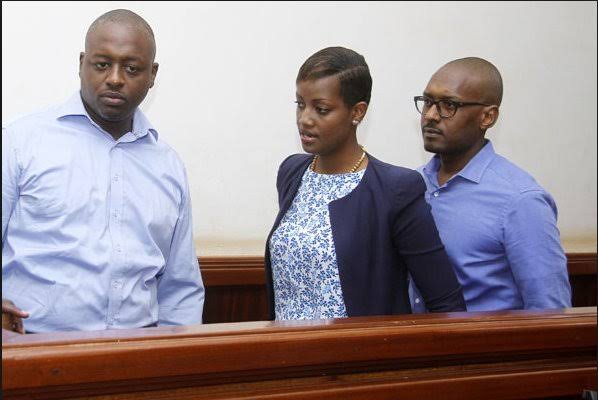 Justice Moses Kazive will on Wednesday kick off the hearing of the prosecution evidence presented against Mathew Kanyamunyu, his brother Joseph Kanyamunyu and Cynthia Munwagwari who are jointly accused of killing a child’s rights activist, Kenneth Akena.

The trio is out on bail currently. They were committed to the High Court for trial in January 2017.  Evidence presented by the Director of Public Prosecutions says there is sufficient proof of murder against the trio.

Akena was shot in 2016 at Lugogo in Kampala. It was reported that Mathew had shot Akena after the latter knocked Mathew’s car leaving it with a scratch. A scuffle ensued when Akena went to apologise to Mathew who is said to have drawn a gun towards Akena.

Mathew denies the allegations that he shot Akena. In his defence, he says he only took Akena to hospital after someone he did not see shot him. The police, however, says that Akena had, in his dying declarations, told his cousin that it was Kanyamunyu who shot him after he accidentally knocked his car.

Evidence presented by the Director of Public Prosecutions says there is sufficient proof of murder against the trio.