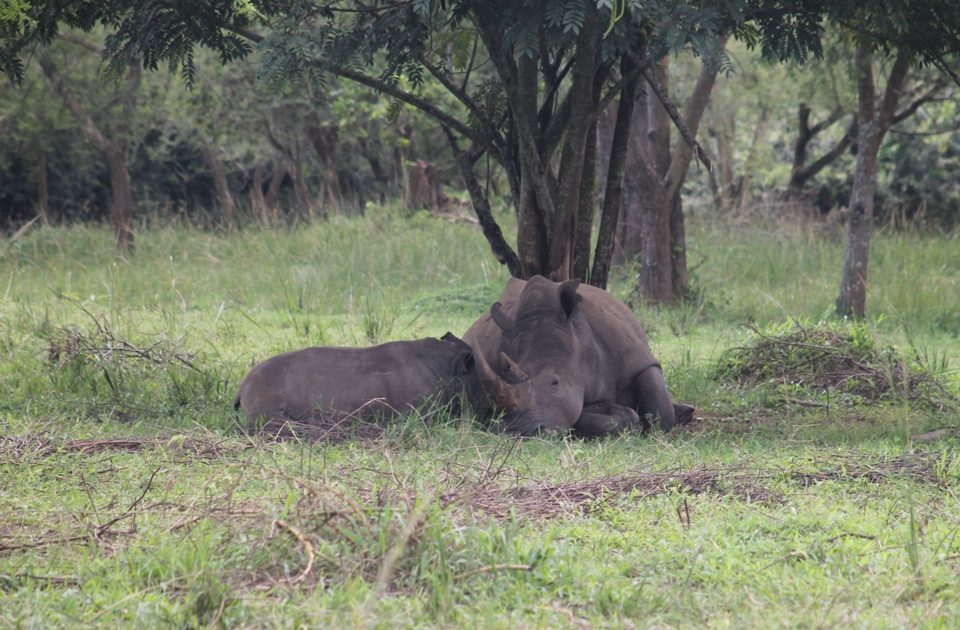 Ziwa Rhino Sanctuary is possibly the best conservation success story of Rhinos in Uganda and the only place you can see Rhinos in the Wild.

Uganda used to have a healthy population of Rhinos but the species got extinct during the civil war in the early 90’s hence the birth of Ziwa Rhino sanctuary which helped reintroduce Rhinos to Uganda.

The sanctuary, which was started with four rhinos from Kenya; two males, two females and later got two more from the United States, seems to have an awesome success conservation story to tell.

The last time l was at the sanctuary was two years ago and they only had 22 Rhinos, which when added to the two at the Uganda Wildlife Education Conservation Center (UWEC) in Entebbe, made the total number of 24 in the country.

Currently, they have 30 rhinos at the sanctuary and other two at UWEC making them 32 in Uganda.

I and the Conservation Media Camp folks visited the sanctuary a few weeks ago. While there, we were introduced to Thomas Mukama and Bisaso Willy as our guides of the day.

Dressed in army green clothes, the two guides told us the sanctuary’s does and don’ts as visitors.

“The sanctuary seats on 70 acres of land which is also surrounded by two meters of electric fence which helps keep rhinos in and intruders out”.

They also revealed that the Rhinos have 24/7 protection from the rangers who keep their friends informed as well using radio callers.

“Keeping an eye on the rhinos is one of the the major reasons they are growing in number since poachers can’t get close to them”.

A few minutes in our wild walk, we met a Rhino named Malaika relaxing with her baby under a big tree.

Quickly Bisaso cautioned us to keep our voices down and move in one straight line.

“If you don’t move in one straight line, the Rhinos will feel threatened which will make them attack us as well”.

I thought to myself, that even if it was me l would feel threatened and would find fast survival means.

We should not forget that Rhinos are the second biggest mammals on earth and even if they are big in size, they run very fast at a speed of 45 kilometers per hour.

“When a Rhino charges at you the best thing is to climb a tree,” we were told.

One of our fellows joked that humans can only ran faster than their fellow lazy humans. We all stifle our laughter.

The guides pointed out the fact that Rhinos only feed on grass and leaves.

After our track, we had a sit-down conversation with Angie Genade, the Executive Director Rhino Fund Uganda on how they have managed to keep the place intact.

Genade said that when Rhinos go out of the sanctuary, the neighbors call them to pick them simply because of the good working relation they have with them.

“We sensitize locals about the rhinos and also allow them to graze their cattle from the sanctuary for free. We also treat and spray their cows. We have put up a school for their children, which has surely strengthened our relationship”.

The government of Uganda has plans to introduce Rhinos into the National Parks once they clock 50 in number at the sanctuary.

“The mission of Rhino Fund Uganda has always been to introduce rhinos into the national parks of Uganda and it will always be that. However, the question is, “when will it be the right time?” and that’s a decision that has to be made based on feasibility studies and discussions with the Tourism Ministry and the Uganda Wildlife Authority.”

A country like Uganda that wants to reintroduce rhinos that were once extinct back into the wild has to be extractcareful before they take on the exercise.

“We are discussing creating sanctuaries like this one into the parks all in the efforts of putting them in a safer area where they can still be micromanaged until the numbers in Uganda allow us to openly introduce them into the parks”.

She also revealed that in partnership with UWA, practice ear notching, micro chipping and DNA sampling as a way of keeping the rhinos in check.

Some other animals that are at the sanctuary are antelopes, monkeys, birds and fish. Hippos have been sighted too.

To have a tour as the sanctuary, Ugandan citizens pay Shs 30,000 while foreigners pay 45USD only. 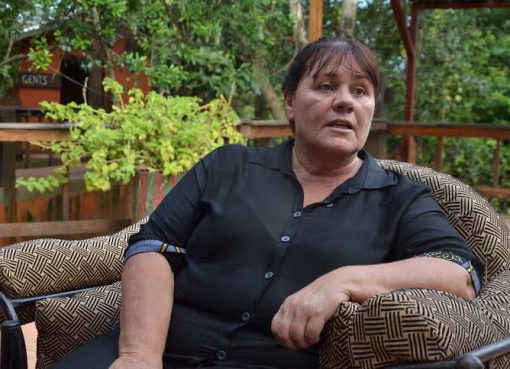