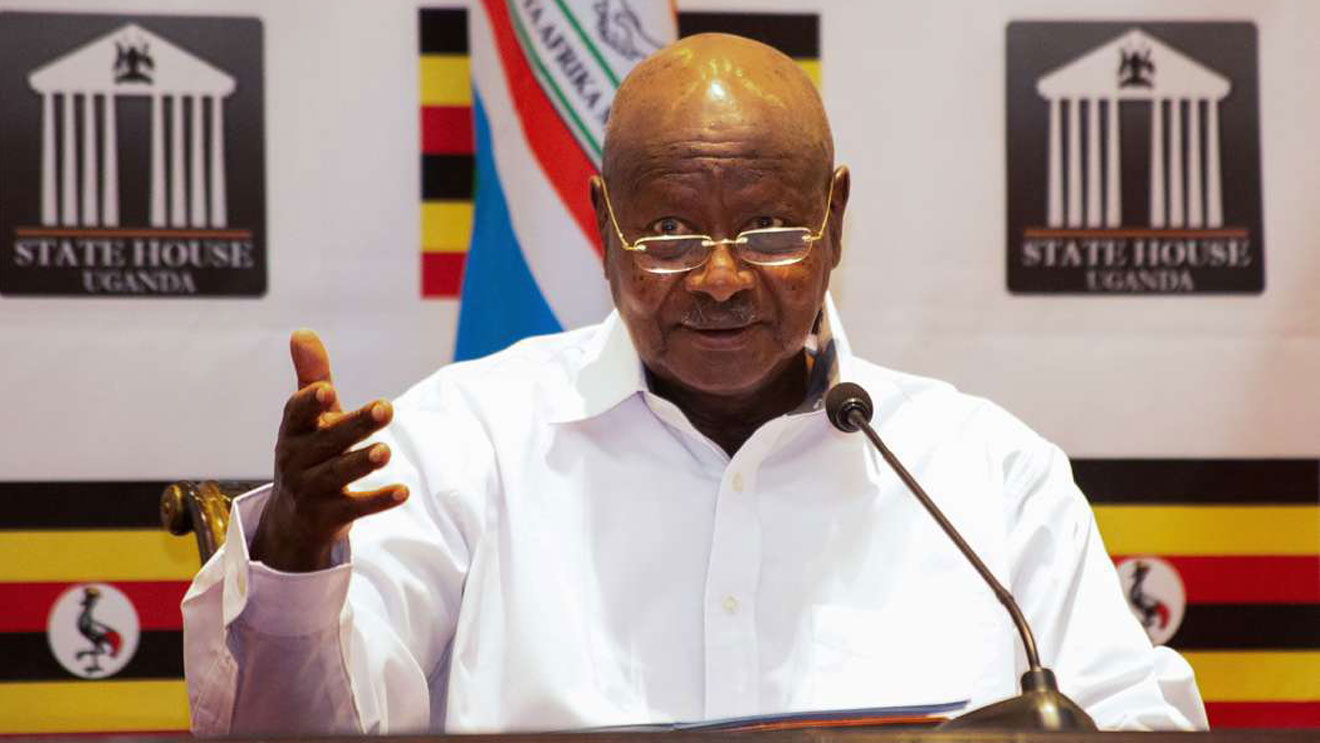 President Yoweri Kaguta Museveni has urged all Ugandans above the age of 18 to register for the 2021 elections.

Museveni made the call through a letter dated December 19.

The president says that the government will be able to solve the problem of mismanagement of democracy when voters register.

“We have had elections in 1961 and 1962 but they were badly organized. There were so many mistakes some of them deliberate. I have had occasion to enumerate those. I do not want to repeat them here”

The President says that it will also solve the problem of cheating and the use of money to buy votes. He goes on to advise all Ugandan citizens who have not yet registered to go and do so.

Voter registration is currently ongoing across the country up to until 23rd December.

Greetings to all of you Ugandans. On New Year’s Day I will make a broadcast where I will give a detailed report of whatever is happening. However, for today I wanted to salute the Electoral Commission for registering voters and also for extending the registration time because a number of them had not registered.

As you know very well, part of the problem of Uganda was the mismanagement of democracy. We had elections in 1961 and 1962 but they were badly organised. There were so many mistakes, many of them deliberate. I have had occasion to enumerate those, I do not want to repeat them here.

When we had those elections in 1962, there was one structural problem, that of people who were elected on the ticket of the Democratic Party (DP) or Kabaka Yekka (KY) or the Uganda Peoples Congress (UPC), getting to Parliament and changing sides. They called it “okusala eddiro” (crossing the floor) and they just went to where people did not elect them.

That was part of the problem because many of the DP MPs, including the leader of the Opposition, Bazilio Bataringaya, crossed over to UPC and many of the KY MPs.

That was caused by that structural problem. Kenya had handled it well because in 1966 some of the KANU members changed sides and formed KPU but they agreed that if you change sides, you go back to the people who elected you and seek their endorsement. It ensured a continous linkage between the elector and the elected during the term of Parliament.

But in Uganda the idea was that once one was elected, they did not care about what the voter thought. The elected leader could do their own things.

In our own Parliament we have had that problem of the “Rebel MPs”, elected as NRM but conduct themselves like they are not NRM. The Constitutional Court made a mistake because when we asked them to interprete Article 83 that we deliberately put in the Constitution to solve the problem of the 1960s, they interpreted it in such a manner that the MP can do what they want. That the MPs do not have to get permission from those who elected them to do what they are supposed to do. It is a very dangerous disconnection, that of non-accountability.

The second disconnection is cheating. People who manipulate the electoral register to cheat. They place voters where they should not be. They ballot stuff. Sometimes they even alter results after they have been announced.

All that is aimed at rendering the voters meaningless because if I can be elected by cheating then I do not have to “okweguya” the voters. I don’t have to go back and provide services to them or go back and make sure what is supposed to be done is done because I will be elected anyway by cheating. So why should “okweguya” (to feel indebted or obliged or fear my electorate). The cheating interferes with “okweguya”.

The third disconnection is the use of money. This one is a mistake where the voters are also involved. You are given some little personal money and then you vote for the one who gave you that little money.

Then you forget that the task of the MP is to “okusakila” (to get services and development for your area); to struggle for the roads, the water, schools, wealth creation (OWC), to bring those government programmes to you.

That is why you elect an MP. And the one who can do it better is the one you should elect. Now if you abandon that and instead vote for the one who gave you Shs500 or Shs1,000, that means you are like Esau in the Bible who sold his birthright to Jacob.

Therefore, first you should know that the vote is a cleanser, a means of cleansing the political system, to make sure that the people have power. It captures the sovereignty of the people, that they have the ultimate power.

However, you cannot exercise that power if you do not register. But also, you should register in the right place. What is the right place? The are are two places. The first is where you originate. Like me, I have been registering in Rwakitura, in a nearby voting centre called Nshwere, because that’s where I originate.

The second area where I could register is Nakasero, because it is where I reside now. I cannot register in Jinja and say I have a state lodge in Jinja, so I should go and register there. That’s obukumpanya (cheating). I sometimes come to Jinja but I don’t live here. It must be where you originate or where you reside.

In the past we would also register at our workplaces but we found it was very dangerous because some of the areas are difficult to know who is working there, like the markets. The population keeps changing. Its why we removed workplaces as voting registration points.

Anybody who does anything different is committing a crime and can be arrested. In Jinja when we had a by-election, people had imported voters from Buikwe to come and vote here and there were 4,000 imported voters in one of the parishes. The case is still in court.

We also had the same problem in Arua, people imported to vote in Arua Municipality during the by-election. This is something that should not happen again.

I therefore call upon all of you to register, those who are Ugandan citizens and above 18, if you have not registered, go and do so but in the right place; where you originate or live currently.

The logic of the registration areas is that if I reside in an area and the services are poor, I will suffer. Therefore if I elect a bad leader who does not address my problems, I will suffer. I will be hurting myself. It is therefore in my interest that I elect a good leader.

But if you do not live here and you register here, when we get a bad leader, you don’t suffer. So, you are interfering with our choice of a leader who needs to help our area. You have no right absolutely to come and hire somebody to work on another’s farm. It’s the owner of the farm who must hire who works on their farm. The stick which is in the neighbour’s house can’t chase the leopard in your house (omugo oguli ku mu lilwano tegugoba engo).

The locals must be the ones to elect their leaders. If they elect badly, that is their problem but if they elect badly because their area was invaded by people with no stake (tebalina kyebafirwa) this is not fair. It is why we say only the people who live there or originate from there should vote.

Similarly, if I originate from Rwakitura even if I don’t live there, the logic is that Museveni still has relatives in Rwakitura, so if I vote badly, my people, will suffer and it means I also suffer. That’s the logic of why you vote where you live so that your suffer directly or where you originate, so that you suffer indirectly through the suffering of your relatives, if your choices are bad.

Therefore, this voters register is “edaggala” (medicine) which the country takes every five years to treat itself from whatever it has been suffering from. When you mismanage it, it is like bringing water and diluting the medicine, it will not work. It will defeat the purpose.