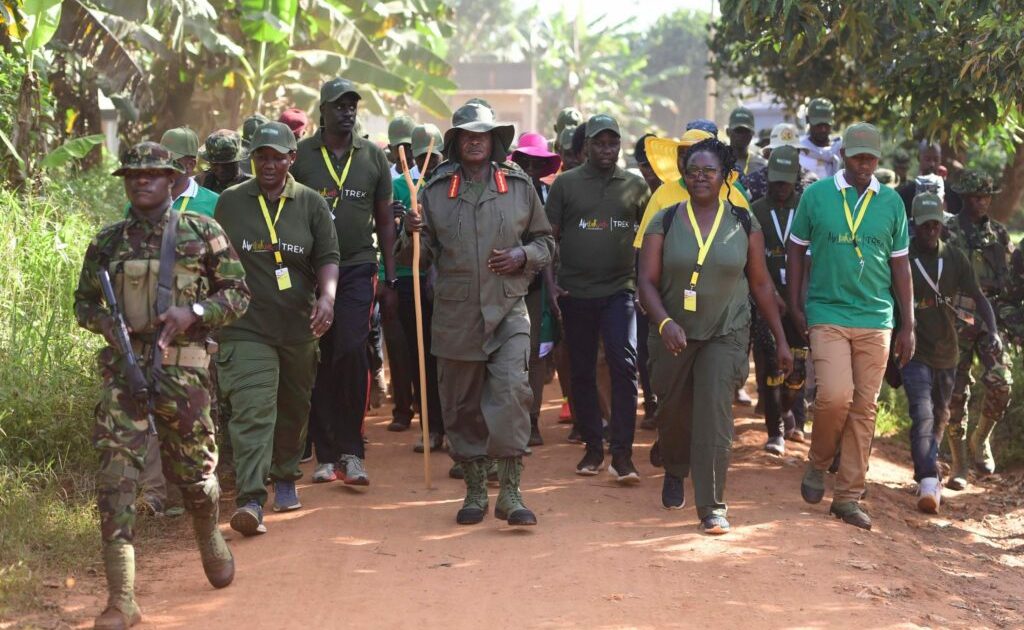 President Museveni who is currently on a trek through various areas in honor of the National Resistance Army fighters has said that one of the ways they survived was by stealing food from people’s plantations.

Museveni made the remarks on Wednesday at Butologo hills. He mentioned Cardinal Wamala as of the victims of the theft.

“Sometimes we would organize for food but other times we didn’t have the capacity. It was hard to buy food for the whole population, so we resorted to stealing. Cardinal Nsubuga’s lusuku(banana plantation) helped us very much. There were other places where they(rebels) used to get (steal) food from,” Museveni said.

He also mentioned Buruli and Kikolimbo as fertile grounds to get food. “These were abandoned gardens by the wanainchi(locals) and we took advantage of them.”

Museveni said that they would also buy food from the farmers.

“I used to give the money to commanders to buy some maize that we used as food. For example at Ntwetwe, the cooperative was full of maize that I paid Kigongo(Moses)who was our supporter so that farmers don’t lose money. He then told the UPC that rebels had come and grabbed all the maize because they would have killed him,” Museveni reminisced.

He said that the rebels decided not to operate in some areas tactically so as those areas can grow food that they could buy or steal to feed their fighters.