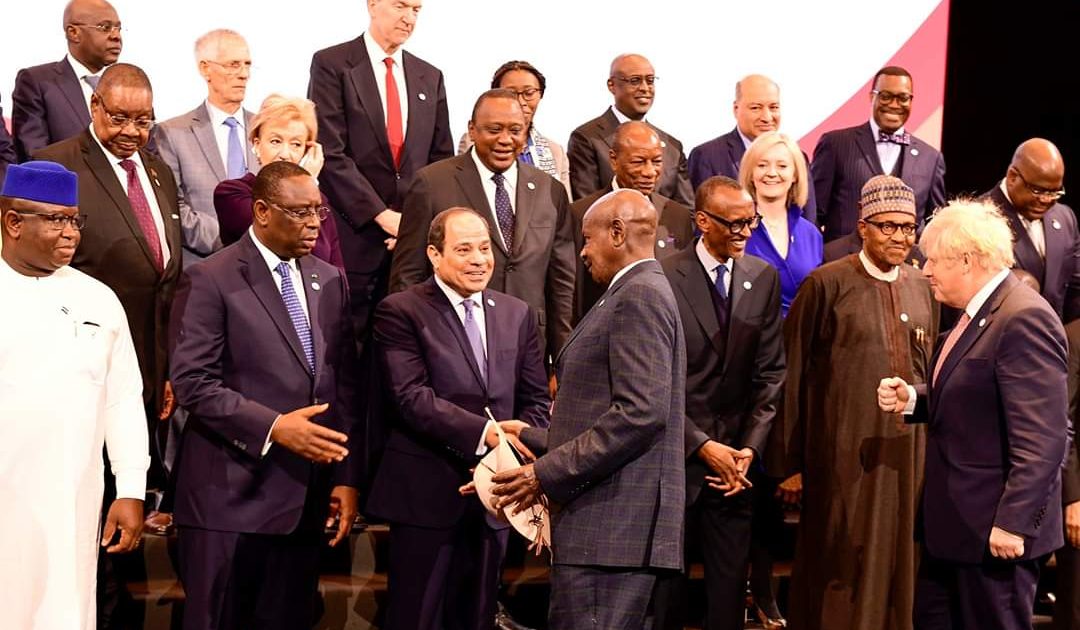 The President made the call  as he met the British leader on the sidelines of the UK-Africa Investment Summit at the Intercontinental Hotel – The O2.

In the bilateral meeting, the President indicated that Uganda had immense investment opportunities in the areas of beef and dairy production plus crop products generally.

“The other areas British investors can look at is manufacturing, tourism, services and ICT,” said the President.

On his part, Prime Minister Boris Johnson thanked President Museveni for honouring his invitation to the summit, which was “the first of its kind”.

On his recent emphatic victory, Mr Johnson said, “I had to go to the Bush like you to win. I had to go deep to the countryside to get this victory.”

President Museveni led a protracted five-year liberation struggle that ushered the NRM/A into power in 1986.

Explaining the rationale of the summit, Mr Johson said the idea was to deepen relationship with Africa and Uganda especially in areas of trade.

“We are exiting the European Union. Our relationship with the rest of Europe will stay respectful but we are looking at newer business opportunities with countries like Uganda,” he said.

Later, at the main plenary session, Prime Minister Johnson excited the audience when he said his country would open up for more products from Africa, adding: “I assured President Museveni that his cattle beef will have an honoured place on the dining tables of post-Brexit Britain.”

The Prime Minister also pitched for Uganda to join Britain’s fight against climate change, with a decision to end the use of coal to produce energy.

President Museveni informed his host that Uganda was already tackling issues like wetland misuse and urging people to leave the natural habitats.

“We have some money now and we are relocating people from wetlands while educating them on sustainable use of the resource, especially profitable ventures like fish farming on the edges of the wetlands,” he said.

On the subject of ethical business practices, President Museveni said Uganda was fighting corruption among government workers and told the Prime Minister to urge investors to report and public servants who seek bribes from them.

Later, addressing the hundreds of delegates assembled in the hotel’s main conference hall, Mr Johnson said the summit marked the start of a new business partnership with Africa.

He said whereas Britain had no divine right to doing business with Africa, it had a lot to offer and would be a partner of “today, tomorrow and decades to come”.

The UK, said the Prime Minister, had a great human resource, is a leader in research and was raising money to support causes in infrastructure, medicine, banking, most of it situated in the Canary Wharf, London’s main financial centre.

In a cheeky attack on other global powers seeking Africa’s attention, Mr Johnson quoted an Akan proverb from Ghana, saying “all fingers are not equal”, adding Britain boasts a wealth of expertise that cannot be matched globally.

Britain’s other strength, he said, lay in its quality education sector, with one out of seven World leaders having received a British education.

He added that Britain was working to improve remuneration for foreigners working in the UK, making it fairer and equal while “putting people before passports”.

In a meeting with the British Secretary for Business, Energy and Industrial Strategy, Andrea Leadsom, President Museveni agreed to support UK’s efforts at “decarbonising” the environment.

Later, President Museveni joined other leaders at Buckingham Palace, where they were hosted to a dinner by their Royal Highnesses the Duke and Duchess of Cambridge.