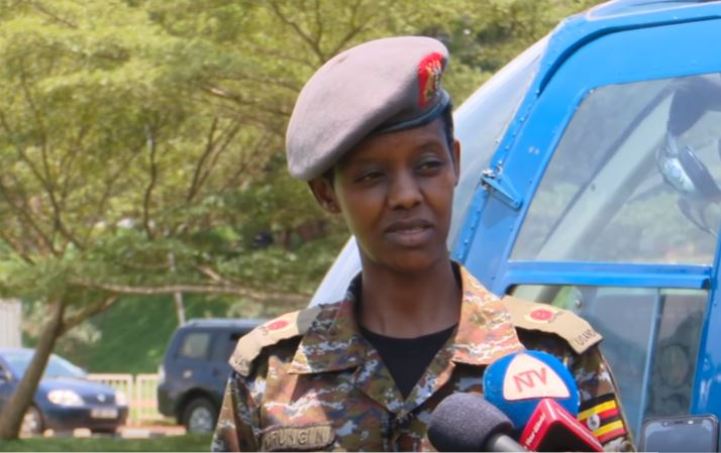 Major Naomi Karungi is one of the two Uganda People’s Defence Forces (UPDF)’s officers that have been confirmed dead following the crashing of a fighter jet in Gomba, central Uganda on Tuesday (January 20th, 2020).

According to UPDF spokesperson Brig. Richard Karemire, the jet AF 301 was on a training mission when it crashed on a hill.

Who was Major Naomi Karungi?

Maj. Karungi has been one of the few female pilots in the UPDF.

She has been flying helicopters for over 15 years since 2005.

She joined the army in 2004 after completing her degree in Social Sciences at Makerere University in 2002.

After completion of her cadet training, Karungi joined flying school in 2005, kicking off her career as a pilot.

She got her first training at Soroti Flying School, where she trained for three years in the Basics of Controlling and Aircrafts In-Motion.

She would later be posted to Entebbe Air Force Base, where she opted to fly the helicopter.

She since rose to the rank of Major in the army and has been a trusted pilot for helicopters.

Major Karungi has been flying army helicopters for troop transportation and rescue within and outside Uganda.

One of the highlights of her career was when she flew President Yoweri Museveni from his country home in Rwakitura to Entebbe in 2015.