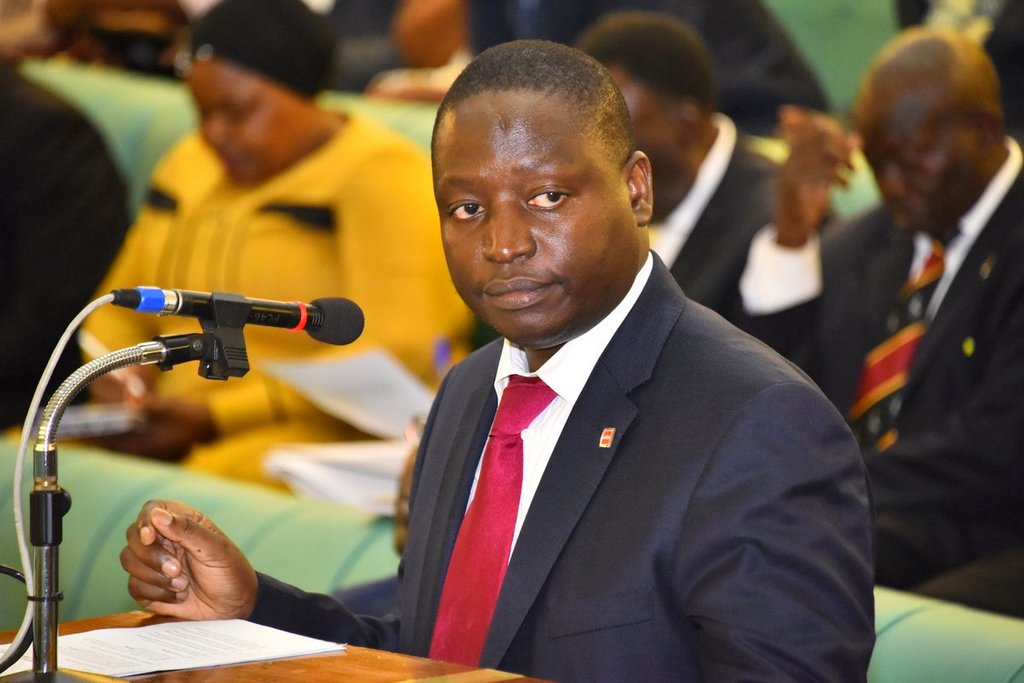 The proposed Constitutional Amendment Bill by the Ndorwa East MP, Hon Wilfred Niwagaba hangs in balance due to financial implications it poses on the national treasury.

This was revealed by the State Minister for Finance (Planning), Hon David Bahati on Wednesday, 26 February 2020 while appearing before the Legal and Parliamentary Affairs Committee.

Bahati said several provisions in the bill once passed will put pressure on the already scarce resources and that the proposed amendments have not been budgeted for in the next three financial years.

He said that the proposal to establish a panel of four speakers of parliament would increase the budget of the Parliamentary Commission.

“It is not true that you will have a panel of speakers which is cost free ; government thinks that such a panel needs to be facilitated and recognized, ” said Bahati.

Bahati added that the proposal to reduce the number of cabinet ministers from 79 to 21 members is not cost effective as justified in the bill saying the work load would still affect service delivery.

“Sometimes, you have five committees of Parliament waiting to meet the Finance Minister when you have other ministerial duties to perform,” said Bahati.

He added that government is also opposed to the provision that cabinet ministers should not be drawn from members of Parliament saying, “a minister earns an extra shs1.9 million on top of his salary as an MP; so having ministers who are not MPs will load government with a burden of salaries”.

He advised the committee to be cognizant of the  ruling by the Chief Justice who recently directed that a bill introduced by a private member on behalf of government but has financial complications shall not be processed. The committee Chairperson, Hon Jacob Oboth said the committee will go ahead and consult citizens on the bill saying they are on assignment by the Speaker of Parliament. He criticized the executive for delays in tabling constitutional amendments and called for a quick establishment of the Constitutional Review Commission which he said would extensively handle all constitutional amendments.

“So many people are coming up with amendments; there are three MPs with bills on Constitutional amendments. Before you say government can take over this bill, can you provide the shs13.4 billion needed to establish the Commission?” Oboth asked.