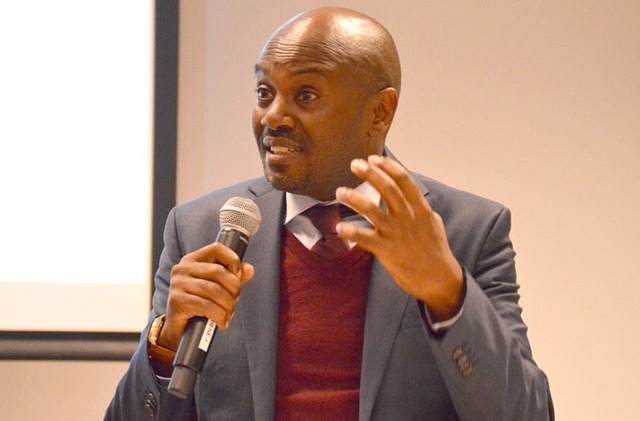 Veteran journalist Andrew Mwenda has described Lt. Gen Henry Tumukunde’s bid for the presidency as a move to seek relevance.

Mwenda says Tumukunde cannot live a quiet life having been kicked out of the cabinet where he served as the security minister.

“I don’t think after he left government, there is anything for him to live for. He has an enormous ego. He wants to be at the centre of power,” says Andrew.

Mwenda believes that Tumukunde might be having some public interest, but his major driving factor is the need to satisfy his ego.

On whether Tumukunde is a threat to Museveni, Mwenda says he doesn’t stand a chance.

Mwenda, however, says Tumukunde can be helpful to the opposition.

“That he has worked so closely with Museveni, he knows his strength and the weakness of the opposition. He can give ideas to the opposition,” he says.

“Tumukunde and Museveni have bribed together, rigged elections together. So he can assist the opposition with some tactics”.

Mwenda aired his views during NBS TV’s political talk show, Front Line. Before that, he had written a series of tweets punching holes in his motive.

“Watching Tumukunde on NBS reminded of Grace Ibingira’s 1966 quip: Fate is a great joker, it always laughs last! Tumukunde lied to @KagutaMuseveni that Kale Kayihura was colluding with @PaulKagame to overthrow govt. Now Tumukunde is appealing to Kagame to help him overthrow M7!

“Tumukunde even called upon UPDF not to get involved in partisan politics! Yet as head of CMI, ISO and 4th Division CO, Tumukunde acted in partisan fashion: he campaigned for M7, used public funds to bribe and cajole and his guns and soldiers to intimidate those who resisted!”

He went on to say, “When in power, Tumukunde bribed & intimidated journalists, threatened & sabotaged media houses, & talked ill of journalists & journalism! Now he has realized the value of a free press which is giving him a platform to raise his concerns! But does he remember his record?”