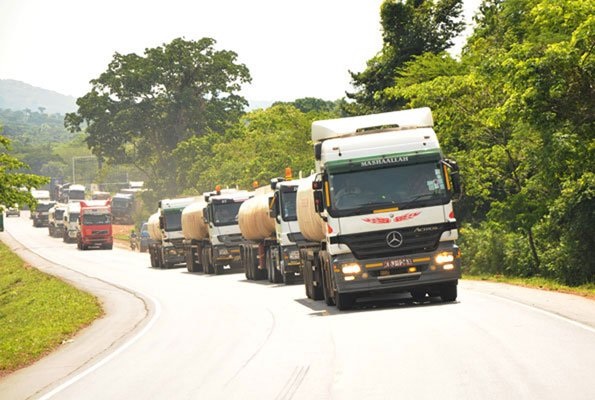 The Government of Uganda is set to test all Ugandan truck drivers for COVID-19. This is according to new operating procedures released on Saturday by the ministry of health.

Dr Monica Musenero, an epidemiologist and also the COVID-19 presidential advisor told journalists on Saturday that the new measures set up by the government will help reduce the fear and mistrust that Ugandans have had towards the truck drivers.

“We’ve been working on getting truck drivers tested before they can continue their journeys. Before we had difficulty because the PCR tests we were using would give drivers the chance of entering the country and get results later. The Genexpert machines will now give drivers results before they can continue. Only drivers with negative results will be allowed to continue on their journey,” Dr Musenero said.

“As part of the new measures, transport or logistic companies will have to test all their drivers within the country and then adopt and implement the new “Truck Driver Journey Management System” Mobile application for easier monitoring. The system will track the movement of all truck drivers in the country and will be managed by both truck companies and the Ministry of Health,” Musenero added.

All logistic companies will, however, foot the cost of testing their employees according to Dr Musenero.

Meanwhile, only one border point in the entire country has been installed with a Genexpert machine. The gen expert machine was launched at Mutukula border last week.

For the meantime, all drivers tested at border points without the Genexpert machines will be accompanied by security officers en route their destination to ensure that they do not mix freely with the community members according to the new operating measures issued by government.

The chairperson of the Regional Lorry Drivers and Transporters Association, Mr Byron Kinene applauded government for the new measures citing that the measures were timely because positive cases of truck drivers were increasing the country’s tally.

“This is okay. Testing truck drivers is for their own benefit because if it is found that you have the virus that’s when you’re taken for treatment. Imagine if all the confirmed cases among truck drivers had not been teated and left to interact with the community freely. So we support it. I’m going to start mobilizing them. They need to be tested by the way,” Mr Kinene said.

The new measures come at a time when Uganda is battling with over 168 imported cases of coronavirus all through truck drivers.

While addressing the nation at Entebbe State House this month, the president of Uganda said that stopping of the truck drivers from coming to Uganda would be suicidal.