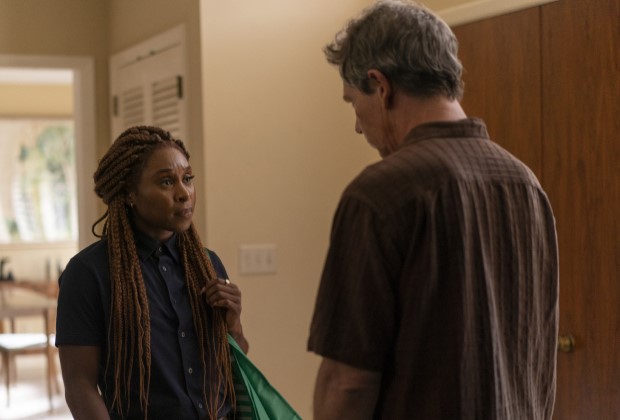 If you´re an ardent movies – Series fan, then this is for you to binge-watch infinity of new series, episodes, movies and your favourite shows from the comfort of your home as you keep up with the new lifestyle that´s staying in due to the lockdown. All you need to do is link your active DStv account to your Showmax profile and access a variety of content anywhere, anytime.

Below´s a list of movies, shows and series available now…

Created by A Black Lady Sketch Show exec producer Issa Rae and Black-ish exec producer Larry Wilmore, Insecure centres on friends Issa (Rae in a Golden Globe, Emmy and Critics Choice nominated performance) and Molly (Black Reel awards nominee Yvonne Orji). The show has a 95% critics rating on Rotten Tomatoes, where the critics consensus hails Insecure as “an insightful, raunchy, and hilarious journey through the life of a twentysomething black woman that cuts through stereotypes with sharp wit and an effusive spirit.”

As The Peabody Awards put it, “Rae delivers a ground-breaking series that captures the lives of everyday young black people in Los Angeles with a fresh and authentic take. Breaking away from tired and familiar representations of ‘diversity’ on television, this series offers a fun and intimate portrayal of work, relationships, and the ordinary experiences of the two young black women at its center.”

17 years ago, college sweethearts Ruby and Billy made a pact: if either of them ever texted the word “RUN” and the other replied with the same, they would drop everything, board the first train after 5pm out of Grand Central Station, and travel across America together. But they’re about to discover that the reality of taking that leap may not be quite how they pictured it…

From HBO and the team behind Fleabag, Run has an 84% critics rating on Rotten Tomatoes, with NPR hailing the romcom thriller as “the best new show of 2020.”

Rick Sanchez is a sociopathic genius scientist who lives with his daughter Beth’s family, constantly bringing her, his son-in-law Jerry, granddaughter Summer, and inherently timid grandson Morty on insanely dangerous adventures across the universe.

Adult Swim’s half-hour animated comedy is the highest-rated animated series of all time on IMDb, with a 9.2/10 rating, and has won an Emmy, two Annie Awards and a Critics Choice Award, among other honours. Season 4 has a 100% critics rating on Rotten Tomatoes, which praises the season as “both an exciting progression and a delightful return to form that proves more than worth the two-year wait.”

Police detective Ralph Anderson (Golden Globe nominee Ben Mendelsohn from Bloodline and Rogue One) is still grieving the death of his own son when the mutilated body of 11-year-old Frankie Peterson is found in the Georgia woods. The mysterious circumstances surrounding the horrifying crime lead Ralph to bring in unorthodox private investigator Holly Gibney (Cynthia Erivo, nominated for two Oscars and two Golden Globes this year for Harriet) to help explain the unexplainable.

This hit HBO miniseries is based on the best-selling novel by Stephen King, topped IMDb’s Most Popular Show list earlier this year, and has an 82% critics rating on Rotten Tomatoes. Creator Richard Price was behind the Emmy-winning The Night Of and the show’s directors include Bateman, who won an Emmy for directing Ozark, and Andrew Bernstein, who won a Directors Guild of America award for The West Wing.

In April, HBO announced they’d renewed Westworld for a fourth season – a no-brainer since the sci-fi-drama topped IMDB’s Most Popular Show list earlier this year.

Westworld is a dark wild west odyssey about the dawn of artificial consciousness and the birth of a new form of life on Earth. It’s named after an exclusive theme park where those who can afford a ticket can live without limits, where lifelike robots – ‘hosts’ – indulge every human appetite, no matter how noble or depraved. But, as Season 3 starts, the hosts have escaped, and have plans of their own…

Westworld has won seven Emmys and been nominated for four Golden Globes, among other accolades. Season 3 has an 81% critics rating on Rotten Tomatoes, where the critics consensus says, “Westworld succeeds in rebooting itself by broadening its scope beyond the titular amusement park while tightening its storytelling clarity.”

Generation Q was up for a 2020 Queerty for Best TV Series and is nominated for a 2020 GLAAD Media Award for Outstanding Drama Series. The show has a 81% critics rating on Rotten Tomatoes, where the critics consensus says Generation Q “has style and charm to spare and announces a new phase for The L Word that will please new and old fans alike.”

Based on the bestselling novels by Lev Grossman – at least until Season 3 – The Magicians follows a group of New York magic students who discover a fantasy world that threatens our own.

In the fifth and final season, not only is magic back, but now there is way too much of it. Julia (Stella Maeve), Alice (Olivia Taylor Dudley), Eliot (Hale Appleman), Margo (Summer Bishil), Penny (Arjun Gupta) and the rest of the gang are coping with – spoiler alert – Quentin’s tragic death while fighting to prevent the literal end of the world.

All four previous seasons of The Magicians have been nominated for Best Fantasy TV Series by the Academy of Science Fiction, Fantasy and Horror Films. Season 5 has a 100% critics rating on Rotten Tomatoes, with TV Fanatic calling it “without a doubt a satisfying conclusion to an amazing five-year series.”

Marcus is a disillusioned teen recruited into King’s Dominion – an exclusive private school with a focus on special skills: specifically, the art of assassination and all the skills required to become the young heirs and heiresses of the world’s most prominent crime families.

As Marcus, Benjamin Wadsworth (Teen Wolf) was nominated for a 2019 Saturn Award by the Academy of Science Fiction, Fantasy & Horror Films. The cast also includes Benedict Wong (Doctor Strange, Avengers: Infinity War) as school head, Master Lin; Olivia Cheng (The Stand, Warrior) as the head of the Assassins’ Guild, Master Gao; and MTV Movie Awards’ Best Kiss winner Lana Condor (To All the Boys I’ve Loved Before) as Saya Kuroki. Look out for cameos from Ice-T and Henry Rollins.

Based on the comic book series by Rick Remender and Wesley Craig, Deadly Class is executive produced by the Russo Brothers (Avengers: Endgame), with Adam Kane (American Gods, Heroes) and DoP Owen McPolin (Into The Badlands, Vikings) as the main director and DoP respectively.

From the award-winning creators of The Wire, David Simon and Ed Burns, comes The Plot Against America, an alternate history story in which Franklin D Roosevelt loses the U.S. presidential election of 1940 to Nazi sympathiser Charles Lindbergh. What follows is the terrifying and tension-building tale of the country’s turn to fascism, told through the eyes of a working-class Jewish family in New Jersey in the build-up to World War 2.

Comedy writer, wife, and mom Andrea is back with a new season of zero-filter, acid-sharp and usually totally inappropriate humour, putting her foot in it in cringeworthy everyday situations that are at once laugh-out-loud funny and bitingly true.

I’m Sorry has an 81% audience score on Rotten Tomatoes and was recently renewed for a third season. Los Angeles Times calls it “funny and grounded”, saying, “This is a show about what happens when the compulsively comic mind meets the casually funny (or humourless) one, and what can seem the astonishing willingness of the professional comedian to violate taste and decorum.”