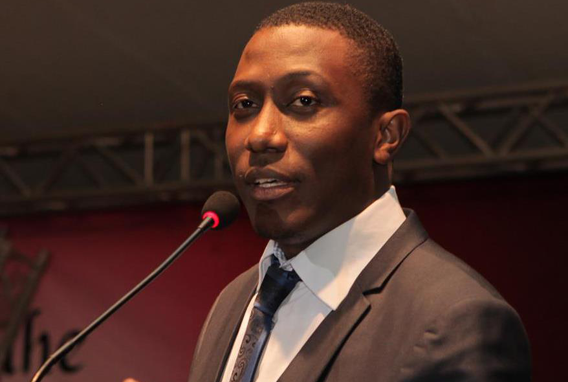 Roger Mugisha has been yanked from his radio ‘break’ back to Sanyu FM where he started his career way back in 1996. The TowerPost has learnt that Sanyu has recruited Roger to work at the station although details of regarding whether he will fill up a managerial position or work as an on-air presenter are still scarce.

Roger has previously worked for Capital Radio, and KFM. He announced his retirement in 2015 saying that, ’20 years on radio were enough’

Sanyu is hiring a new team following the departure of many of her employees who were fired last week. The Presenters were knifed after they staged a strike protesting the 25% pay cut by the management.

Yet Sudhir Ruparelia has called on the fired employees to re-apply for jobs, some have already moved on, and the station is looking for talent to replace the vacancies.

Fat Boy, is among those who left and has already declared that there is no turning back. David Ogottu is another. He announced his departure on Twitter saying it had been a ‘good five years’