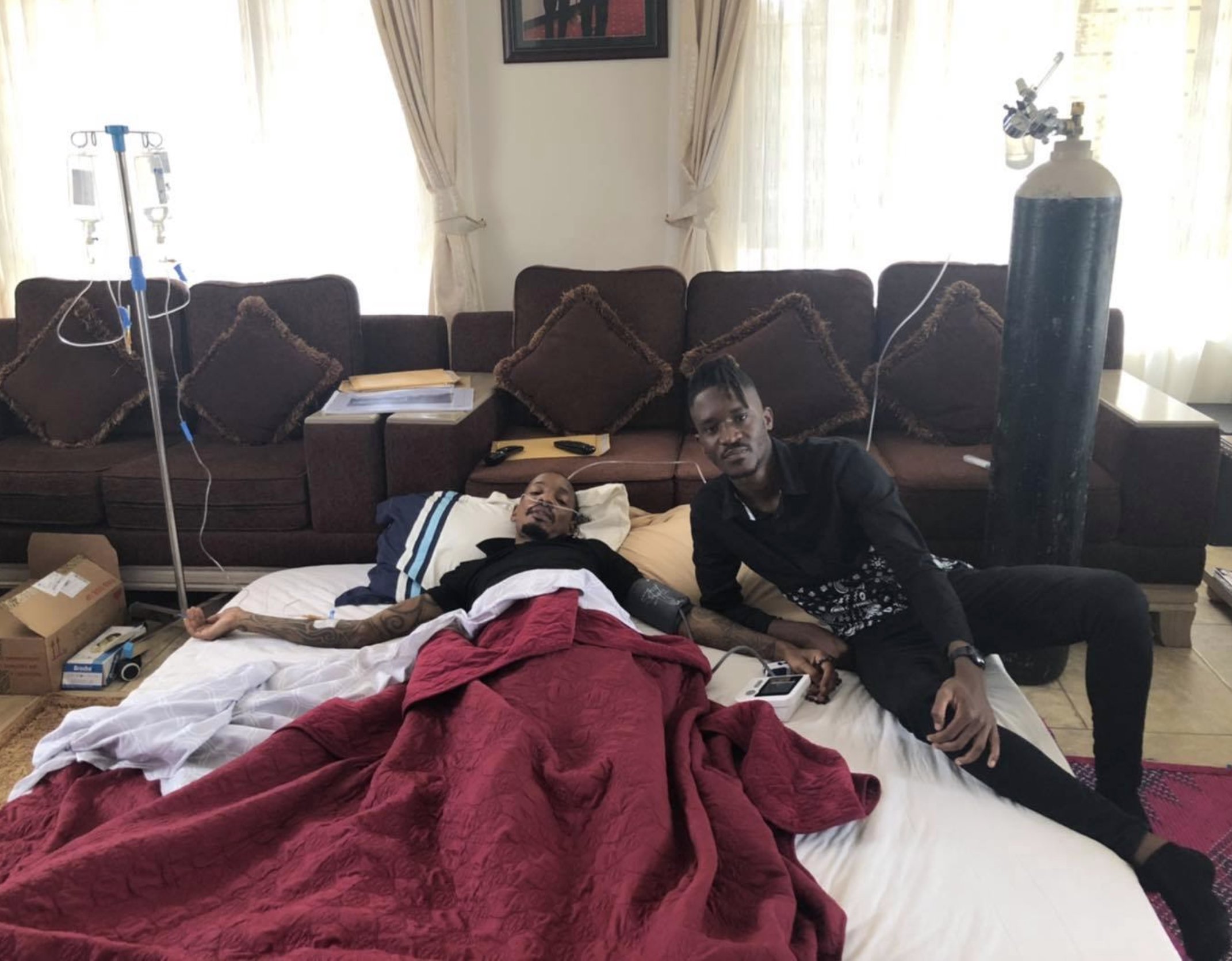 Singer A Pass likes to play, but he doesn’t play when it comes to serious matters of life and friendship. On Wednesday, A Pass took time off his schedule to visit his ailing friend, Bryan White.

Bryan has been battling an unknown illness for about three weeks now. He was admitted at Nakasero Hospital for two weeks, but the doctors apparently failed to establish what he is suffering from. Samples of his blood were allegedly sent the UK for testing.

He was discharged two days ago, and he is now receiving treatment from home. According to A Pass who visited him, Bryan is in much pain.

“I have never seen a brother in so much pain, guys please put my brother Bryan Whitein your prayers because he is fighting For his life every minute. And even if you want to judge him do that later. I was humbled to be allowed to pay him a visit at his home but he is in bad shape but strong at heart and I pray he stays that way and gets well,” A Pass wrote on his wall.