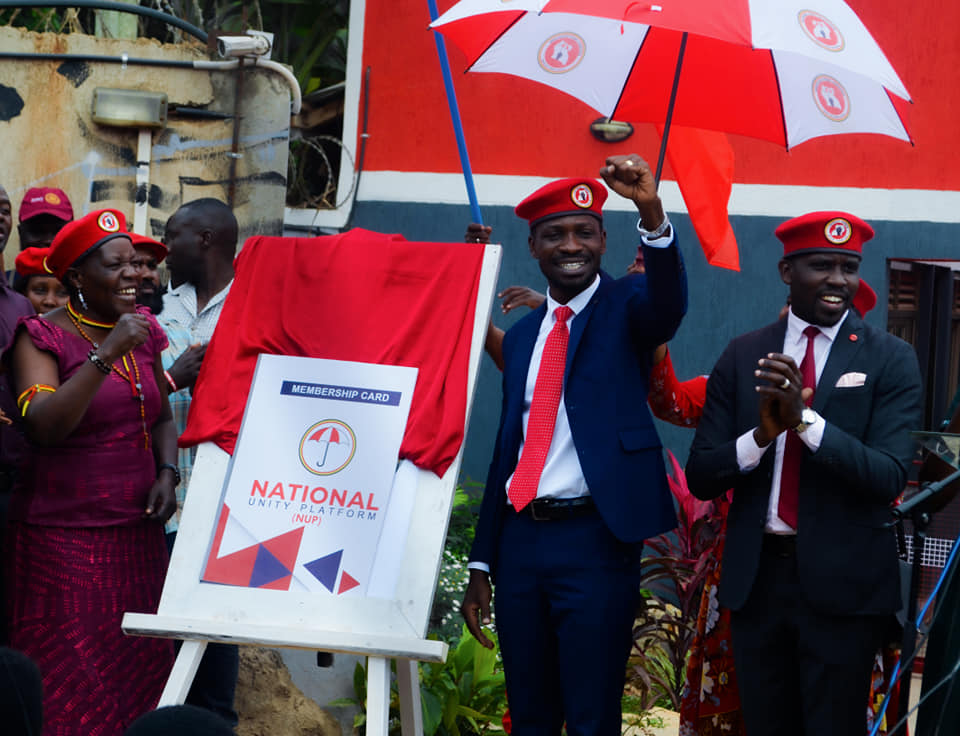 The unveiling happened today the party offices in Kamwokya. According to the party spokesperson, the cards will cost 1,000Ugx.

He assured that People Power will still exist and it will ride behind NUP. NUP has been described as a vehicle driving People Power.

Bobi said they will still work with other forces of change in various political parties. “In the next couple of weeks, we shall announce ways on how to work with other friends of ours in the other parties.”

Bobi said they are going to be opening up offices nationwide. He relayed that many of the offices have been donated by NUP supporters in the countryside.

NUP is expected to announce its leadership in the coming weeks.