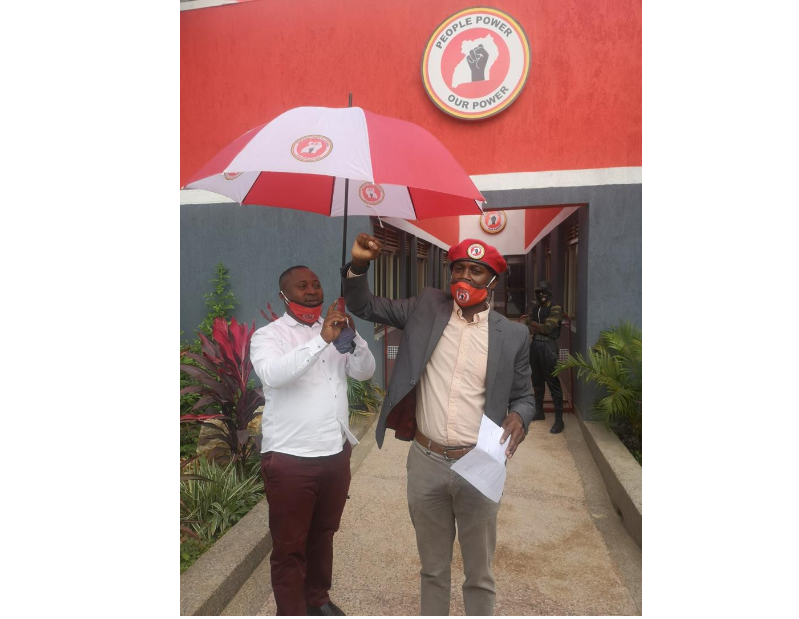 Mwenda who has been a strong critic of Bobi Wine and his People Power Pressure group says he has paid membership fees and received his card from the party offices in Kamwokya.

“This morning, I went to the headquarters of the National Unity Platform, registered as a member and paid,” Mwenda said in a video posted on his Twitter.

He further went ahead to collect nomination forms and intends to challenge the Kyadondo East legislator who had been declared the principal and sole candidate for the 2021 elections.

“NUP after all are not as radical as I previously thought! I visited their head office, registered as a member, then picked forms to become presidential candidate.”

“I found Bobi Wine, like President Museveni was being treated as sole presidential candidate for the party.”

Mwenda who has been very unpopular among Bobi Wine’s supporters as evidenced by insults hulled at him on social media has further asked for a presidential debate in which he intends to challenge Bobi Wine.

“I want to challenge him, so that there is democratic contest in this political party and I think, I am going to defeat him.”