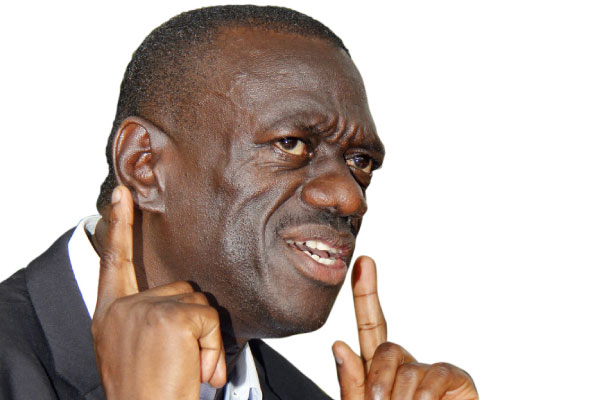 Forum for Democratic party (FDC) youths have on Wednesday ‘refused’ to be addressed by former party leader Dr Kizza Besigye until he picks Presidential nomination forms at the party Heaquarters in Najjanankumbi.

The rowdy youth pulled the podium away while Besigye was speaking, cutting his address short.

Besigye has confirmed he will not contest for presidency despite pleas from many party members including party president Patrick Amuriat Obbo who picked nomination forms today to hold the party flag in the presidential race.