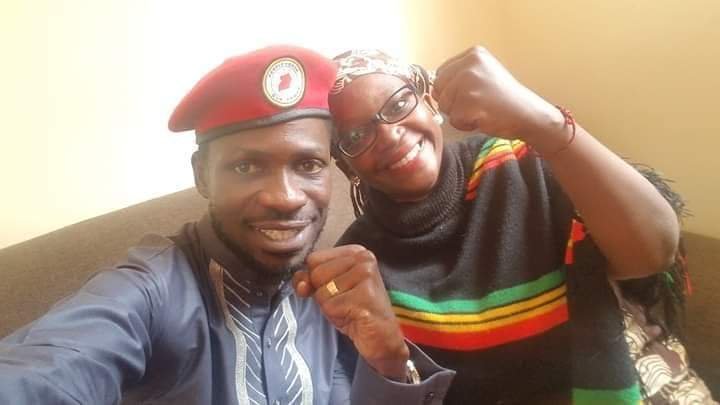 Political activist and Kampala Woman MP aspirant Stella Nyanzi has revealed that she has regained trust in presidential aspirant Bobi Wine (Robert Kyagulanyi) whom he blasted last week for lying about his age.

In a lengthy post shared on her Facebook wall, Nyanzi said she had keenly watched and attentively listened to Hon. Robert Kyagulanyi’s statement given in response to allegations of dishonesty about his age(s), date(s) of birth, different names on national certificates of education, disparities in school attendance and contradicting months of sitting his national examination.

“I am glad to have amplified the voices of those who asked the important questions.

I celebrate the principal of People Power for finally seeing the value of both accountable and responsive leadership. I appreciate him for taking the time to engage with and explain the seeming disparities. I applaud him for his honesty in explaining how and why his father altered his actual date of birth, describing clearly why he studied P6 and P7 in one year, and poignantly detailing his troubled journey through school. I was struck by how poverty impacted upon his education trajectory.”

“I found Hon. Kyagulanyi deeply endearing when he boldly embraced his failures in the national examinations. I was touched by the story of how he dropped out of his first university admission to study Social Sciences, because of lack of tuition fees. He went further to draw from the challenges he faced in school and encourage other struggling students to persevere in spite of financial hardships, constant change of school and poor performance. ”

Bobi Wine’s academic credentials came to question after lawyer Male Mabirizi asked for his papers from the Electoral Commision after which he shared them with the public citing discrepancies.

Bobi addressed the controversies on Monday at Kamwokya in the presence of the press.

Stella Nyanzi followed every word, “I am also grateful for the linked analysis he made between the recent political history of Uganda and his own political persecution. I liked how he made connections between the allegations brought against him and those brought against Dr. Kizza Besigye – all aimed at de-campaigning them as opposition leaders. Bobi, my ka-blaza made me understand how dictator Museveni character assassinates and deploys campaign smears against his main opponents.”

“Bobi Wine has won back my trust by publicly giving information that facilitated me to renew my trust in his leadership. I am glad that he responded to each of the questions I raised. Responsive accountable leaders are a treasure for our liberation! Eeeh, Bobi Wine oyeeeeeee! People Power!!!”