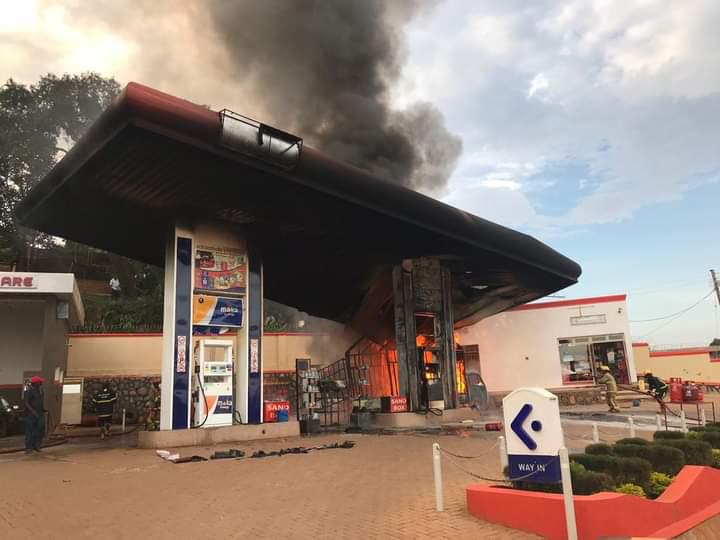 Police fire fighters in Entebbe are currently battling fire flames that burst at a petroleum Station on Monday evening.

He says that the fires have paralysed Entebbe road traffic which is known to hefty in the evening rush hours.

The cause of the fire remains unknown.

This comes barely two days after an incident at Makerere University which left the University’s historical main building in shambles.