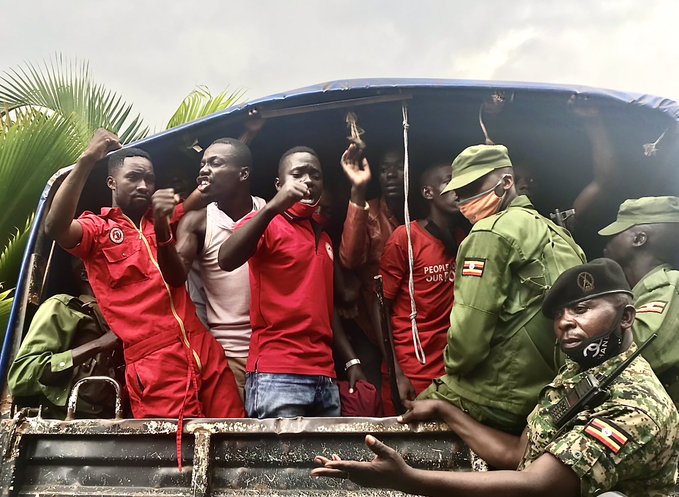 National Unity Platform (NUP) supporters who were arrested during the Military raid at the Party’s offices on Wednesday have been charged in the Court Martial and remanded until Friday October 23rd.

The 132 people were picked by Police and the army as they executed a search at NUP headquarters in Kamwokya.

The suspects were found wearing, selling and manufacturing red berets, red T-shirts and posters of Mr. Kyagulanyi and other party candidates for different positions.

During the raid, security officials seized a number of equipment including red berets which had become popular as the party’s symbol, T-shirts with Presidential hopeful Robert Kyagulanyi’s pictures printed on and other clothing materials.

According to NUP Spokesperson Joel Ssenyonyi, the 132 have been charged with possession of military and Police patented designs.

“The ladies have been remanded to Kigo Prison while the gentlemen have been sent to Kitalya Prison in Wakiso,” Ssenyonyi told The Tower Post on Friday afternoon.

They will appear again in court on Friday October 23rd for mention of their case.