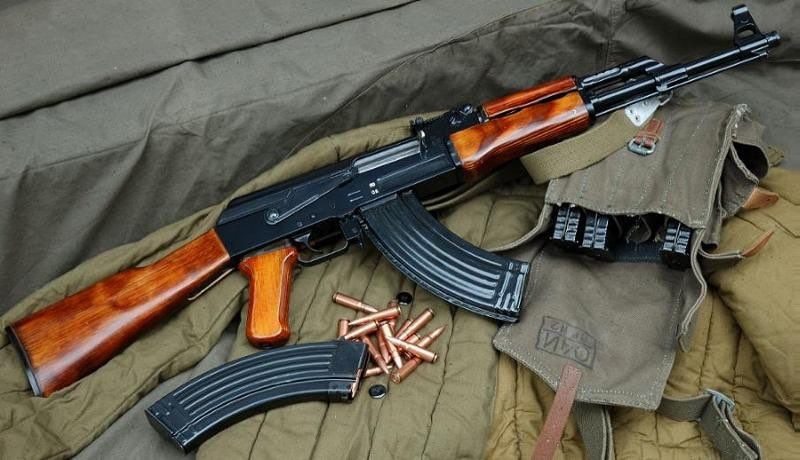 A soldier of the Uganda Peoples Defense Forces-UPDF attached to Masindi artillery Division has accidentally shot himself dead.

The deceased has been identified as Lance Corporal Simon Peter Bongomin, 32, attached to the barracks military police training wing.

The incident happened on Thursday inside the deceased house situated within the Masindi UPDF Artillery barracks.

Captain Steven Tumwesige, the Masindi UPDF artillery division spokesperson told Uganda Radio Network that Bongomin was picking a loaded and cocked gun at his house for duty when the tragedy occurred.

He says in the process of picking the gun, a bullet came out and hit him in the neck killing him instantly.  Tumwesige suspects that the deceased could have missed the safety precaution on the gun when he returned from duty the previous night. Accidents such as this might not be common, but they clearly show how sensitive it is to handle guns and how to properly store them – in person and in a safe location. Gun holsters (you could read up on some of the best holsters on sites like https://gunlawsuits.org/top-picks/best-glock-43x-holsters/), safes, etc., prove useful when one is opting to store a firearm such as this. That said, it is essential that everyone who is tackling a firearm be knowledgeable in the domain and then only decide to handle one of their own. Tumwesige might have been a part of the artillery division and might have known how to properly control a gun – but that does not necessarily mean that he should not have proceeded with caution. It could have been a faulty recoil system or just sheer negligence, we would never really know!

Tumwesige’s body was later picked from the crime scene and taken to Masindi hospital mortuary.

Tumwesige added that arrangements were being made to have the body of the deceased transferred to his ancestral home in Kitgum district for burial.