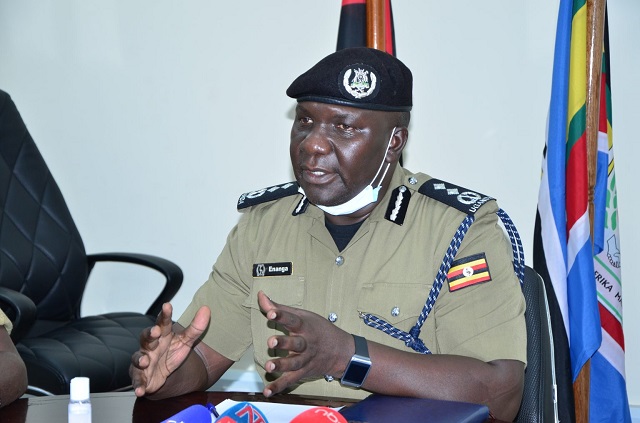 As the activities to prepare for the 2021 general elections gather momentum, Uganda Police Force has announced recruitment for 50,000 Special Police Constables -SPCs to guard the polling centres.

The Force Spokesperson,  COmmissioner of Police Fred Enanga, said the exercise is going to be spearheaded by Regional Police Commander -RPCs.

Enanga explained that all the recruits will have to present National ID, Senior Four certificate or it’s equivalent, and must be known to being of good conduct in their respective areas of residence.

Police says the SPCs who will be trained for three months will be deployed a month towards the elections period.

Commissioner Enanga stipulated that SPCs will be recruited depending on the number of polling centres in each district.

The electoral commission has already completed the nomination exercises for local government and for Member of Parliament seats.

Presidential candidates will be nominated on November 2 to 3rd of the same month.

Each polling station will have an SPC deployed purposely to guard voting material, polling officers and guide voters while casting votes.

Police has close to 47,000 personnel but the SPCs numbers will boost the force numbers to more than 100,000.  There’s already an ongoing exercise of recruiting 5,000 Probation Police Constable- PPCs. These are part of the 10,000 recruitment plan of 10,000 Constables to replace those that deserted, retired or got incapacitated by various illnesses.

Enanga said the SPCs will serve before, during and after the general election exercise. They’ll be earning 370,000 shillings per month until their role that will end towards May of 2021.