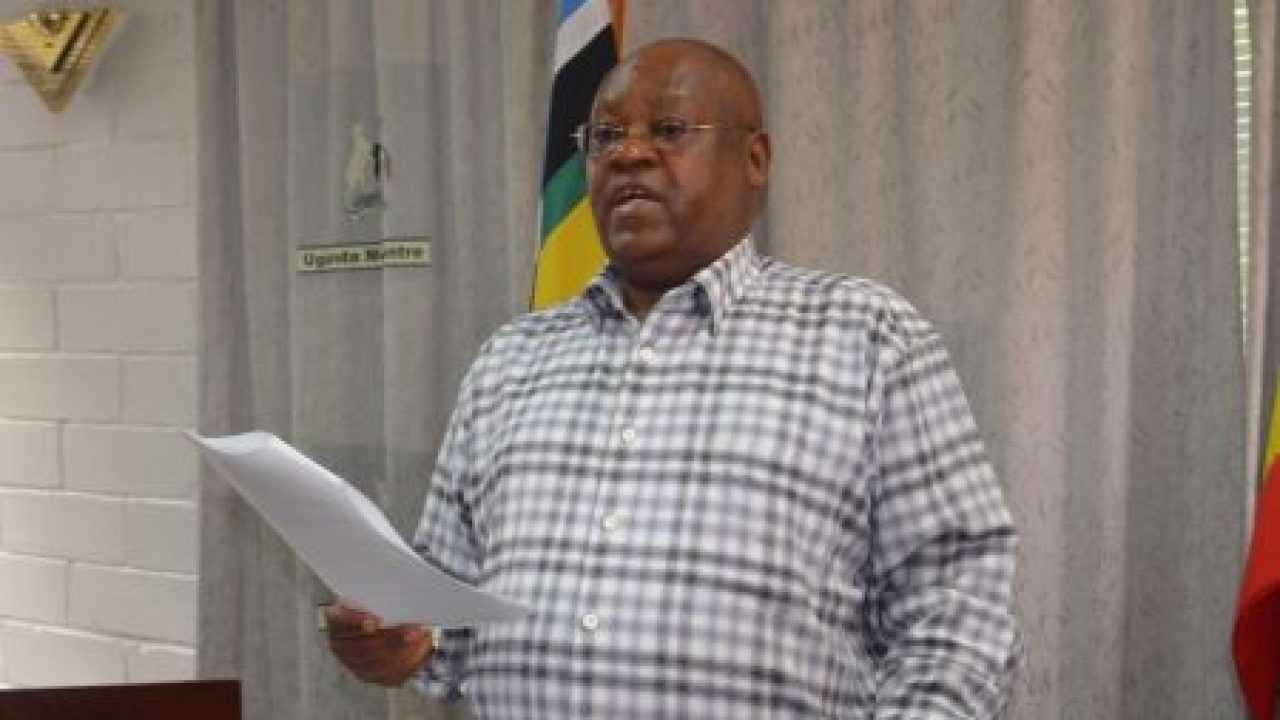 It’s a somber morning at the Uganda Media Centre along Clement Hill Road in Kampala following the death of their deputy Director, Rtd. Col. Shaban Bantariza.

The retired bush war hero breathed his last at Mulago Hospital on Tuesday morning due to hypertension.

Sources at the Uganda Media Centre reveal that Col. Bantariza was admitted to the Mulago Hospital Intensive Care Unit on Sunday.

“It’s a really sad moring man. Col. Shaban has died,” a source who preferred to speak anonymously told The Tower Post on phone.

Shaban has been deputizing Ofwono Opondo who is the government spokesperson. He has served in this position since June 2015.

Born in Mitooma District in 1963, Col. Bantariza joined the National resistance Army in 1985, just a year before they took over power in a military coup.

During his time in the army that later transformed to the Uganda People’s Defence Force (UPDF), served as the UPDF spokesperson from 2000 to 2002 and from 2003 to 2006.

For a period of time, prior to February 2009, Batanzira, at the rank of lieutenant colonel, served as the commander of the Oliver Tambo Leadership School in Kaweweta, Nakaseke District.

On 26 February 2009, he was appointed commandant of the National Leadership Institute (NALI), in Kyankwanzi District, a position he served in until he was relieved of his duties on 7 October 2011.

In June 2013, he was appointed as Deputy Executive Director of the National Media Centre.

On 2 July 2013, at the rank of colonel, he was arrested, charged with embezzlement and remanded to Makindye Military prison by the General Court Martial on charges of alleged fraud.

After proceedings that lasted nearly three years,[11] the Court Martial, chaired by Major General Levi Karuhanga, acquitted Col. Bantariza due to lack of evidence against him, on 14 April 2015.

On 24 June 2015, following his acquittal by the general court martial, he resumed work at the Uganda Media Centre, the president of Uganda having directed in writing that Bantariza resumes work.