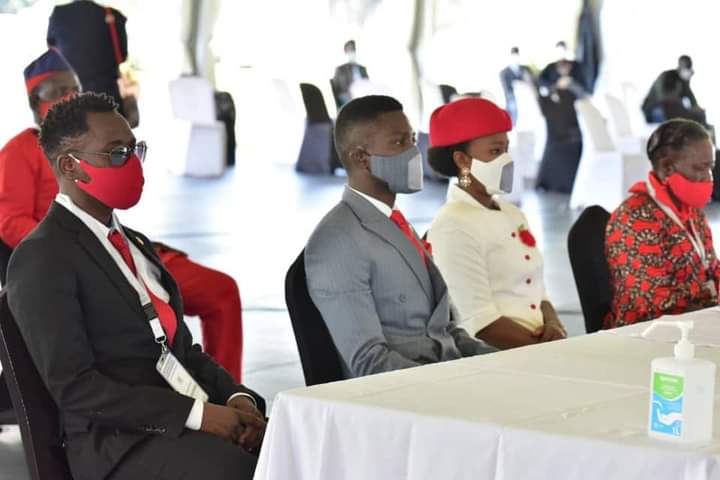 Just a day after the National Unity Platform (NUP) president Robert Kyagulanyi alias Bobi Wine was arrested and put under house arrest as he attempted to release the parties campaign manifesto in Kamwokya, tables have tremendously turned.

According to the Party’s Secretary General, Lewis Rubongoya, Bobi Wine will be launching his manifesto in Mbarara this Friday.

“On Friday this week, we will be launching our manifesto in Mbarara City. We will also officially open our regional office in Mbarara that day,” Rubongoya told journalists on Wednesday.

Addressing journalists on Wednesday, the NUP Secretary General also added that security agencies did their best in foiling all their plans right after their President’s nomination at Kyambogo yesterday.

Rubongoya also revealed that the NUP President, Bobi Wine has rejected the security detail given to him by the Electoral Commission after nomination.

“Those people (security detail) who were supposed to protect him were instead the ones helping their colleagues to arrest him at Kyambogo after nomination,” Rubongoya said.