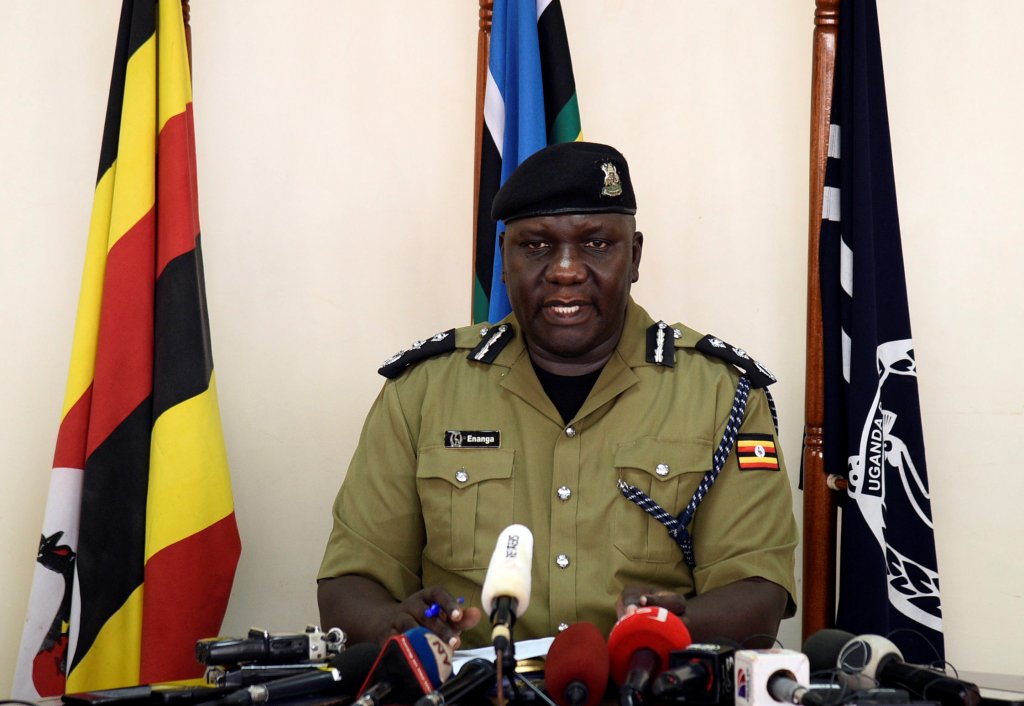 The Uganda police Force- UPF have suspended selling and buying of fuel in jerry-cans at all pumps until the end of elections. They say this is to curtail acts of making petrol bombs in the anticipated riots.

This follows the protests that took place 2 weeks back after the arrest of National Unity Platform’s presidential candidate, Robert Kyagulanyi Ssentamu.   The protest broke out on November 18-19th spreading to several towns across the country and leading to the death of over 50 people and hundreds of injuries.

According to the joint security task force inter-agency reports, more anticipated riots are likely to happen during the ongoing campaigns and in post-elections periods fueled by some of the ringleaders who are still at large.

Commissioner Fred Enanga also the police spokesperson said that they have decided to suspend selling and buying fuel in Jerry cans at all fuel stations to foil the plotted unrest that intend at burning roads and government properties.

Enanga says that rioters were buying fuel in Jerry cans to make petrol bombs that were being used in hurling at government and security personnel vehicles.

Due to the highly flammable nature of petrol, or any other fuel, it can be extremely dangerous for it to get in the hands of somebody who wants to use it for a harmful reason. Hence, these liquids should be stored safely in flammable cabinets, such as the ones available on Storemasta or similar online stores, and kept out of reach of anyone who does not work at the petrol stations. This might be the only way to ensure safety in the area.

Police have also said that inter-agency units have started closely monitoring the movement, conductor and transportation of car tyres in some garages and tyre-changing service centers at petrol stations that rioters use in causing havocs.

“We had people who were burning the roads, destroying government properties and most of the suspects were getting these tyres from some garages,” said Enanga. “We want to closely monitor the transportation and the use of these tyres.”

Among the incidents of the recent riots, was the attempted arsons on fuel stations which is still part of the alleged plans by rioters’ ringleaders who still want to cause havoc, according to security interagency.

One of pump station that the rioters attempted to burn was KK petrol station along the Kampala- Mityana road and another fuel pump in Iganga town on the first day of Kyagulanyi’s arrest in Luuka district.

In the aftermath of the protests, more than 1,000 people were arrested of whom 843 have been charged before courts of law, 699 have been remanded while 93 released on court bail. 113 suspects have received police bonds, 13 are held in police cells up to now and only 21 have been cleared and subsequently released.