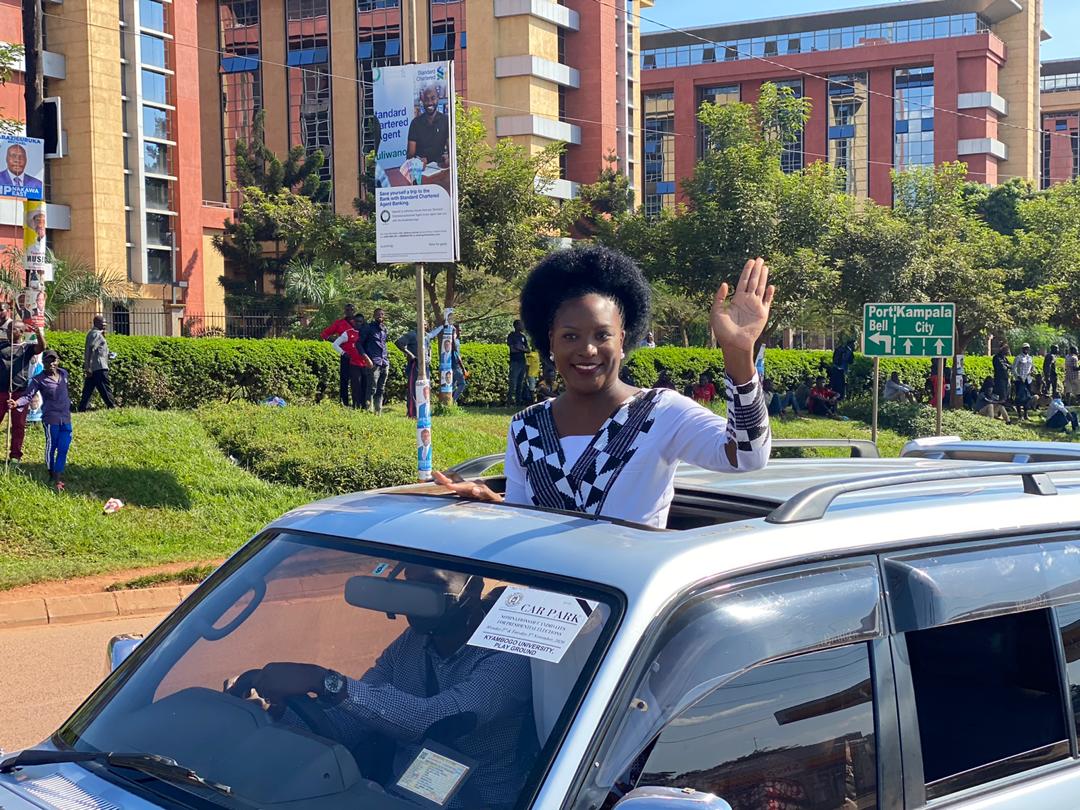 Police in Mitooma district have blocked Independent presidential candidate, Nancy Linda Kalembe from heading to Rukungiri district for her campaign rallies. According to Kalembe, she was scheduled to campaign in Bushenyi, Rubirizi, Sheema and Mitooma as well as Rukungiri and Kanungu this morning.

After winding up her campaigns in greater Bushenyi, Kalemba set out to go to Rukungiri but was blocked at Kasheshero, which borders Rukungiri-Mitooma by heavily armed police. She sought an explanation from the Mitooma District Police Commander, Samuel Olumu who ordered her to return where she was coming from.

In a heated exchange, Olumu said Rukungiri is a no go area for any other presidential candidate other than the National Resistance Movement-NRM party candidate and incumbent president, Yoweri Kaguta Museveni. Olumu said security cannot allow Kalembe to campaign in Rukungiri where Museveni is also holding his campaign meeting.

Kalembe said there was no reason for police to block her yet she had a very small convoy of three vehicles, which cannot cause any commotion. She also faulted police for favouring Museveni yet he is currently a presidential candidate like others. She says that it is allowed for two candidates to campaign in one district at the same time provides they are not hostile at each other.

According to an updated Electoral commission campaign road map, Kalembe was scheduled to be in Kisoro today. She will be in Rukungiri and Kanungu districts on Tuesday. Kalembe was still battling police to grant her access to Rukungiri by the time of filing this story as Museveni campaigned at Rukungiri municipal stadium.