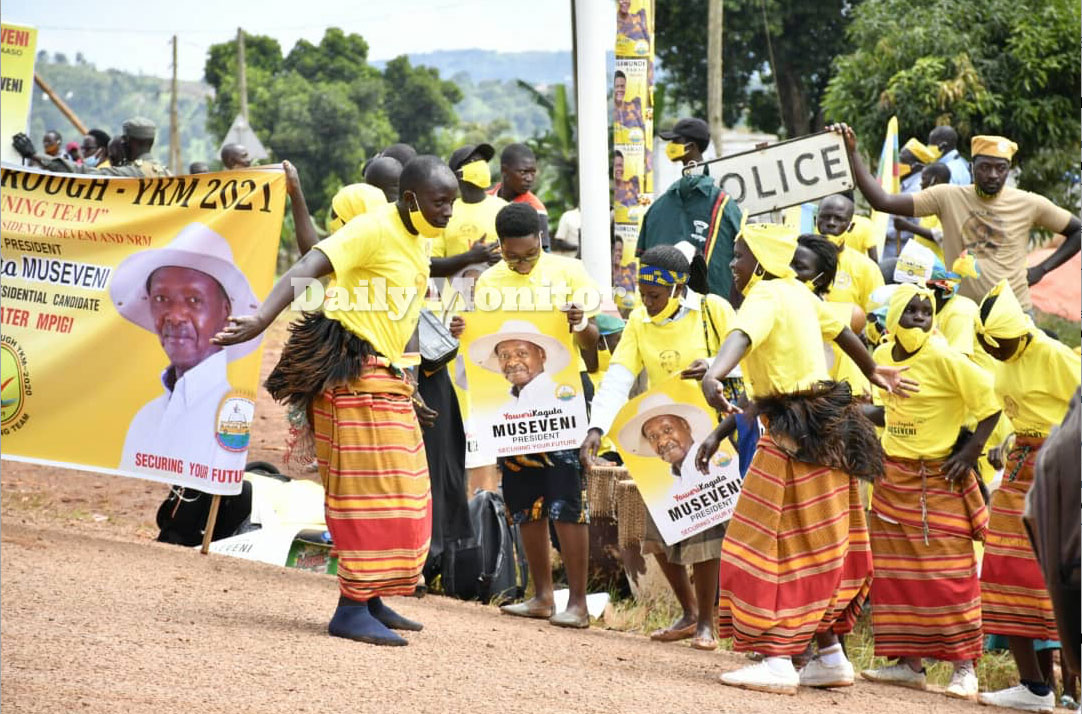 National Resistance Movement Presidential flag bearer who is also the incumbent Head of State Yoweri Kaguta Museveni will be holding his second phase of Central Uganda campaigns in Mpigi District, an area that has had a good share of the achievements realized since the NRM took power in 1986.

IN the area, Museveni hold meetings and interface with a select team of NRM leaders including party flag bearers from districts of Mpigi, Butambala and Gomba to preach the NRM party success story in a bid to be re-elected.

These leaders will in turn take on a door to door approach to reach their constituents with the President’s message.

The NRM boasts of a number of achievements that especially in the Mpigi area which include infrastructure development, great improvements in the health sector, educations and a number of poverty eradication projects.

In infrastructure, many roads that link Mpigi to its neighboring districts have been tarmacked including; Mpigi-Kakoni road (64km) and Kakoni-Sembabule road (71km).

The District boasts of 14 established markets which deal in various food stuffs and merchandise. it is well covered by all telecommunication networks and as a wider coverage of both community and regional radios.

Many other trunk roads, feeder roads and community roads have been under maintenance to facilitate easy means of transport in greater Mpigi and neighboring districts.

There are also protected spring and boreholes on which some communities depend for their water supply.

And they say, Health is Wealth, the NRM has taken big strides in making sure the Health Sector in the district is well facilitated.

This website understands that more plans by the government are underway to upgrade Health Centre IV to a hospital. There are several other health facilities owned by Non-Government Organizations and Private Individuals.

In collaboration with government, various NGOs both Local and International have come up to offer health services in AIDS prevention and control in the district.

Mpigi District has over 170 schools with 134 primary schools, 33 secondary schools and 5 tertiary institutions.

The District is also one of those that access Youth Livelihood Programme fund.

The programme had benefited a number of youth with the overall goal of empowering the youth to harness their social economic potential and increase self-employment opportunities and income levels.

The District mostly targeted Youth that had never got the opportunity to attend formal education, single youth parent, youth with disability, youth living with HIV/AIDS, youth who have completed secondary school or tertiary institutions, school dropouts and University Graduates.

The Youth Livelihood Programme (YLP) has spent two (2) years in Mpigi District and is being implemented by the Youth Sector under the Community Based Services Department.