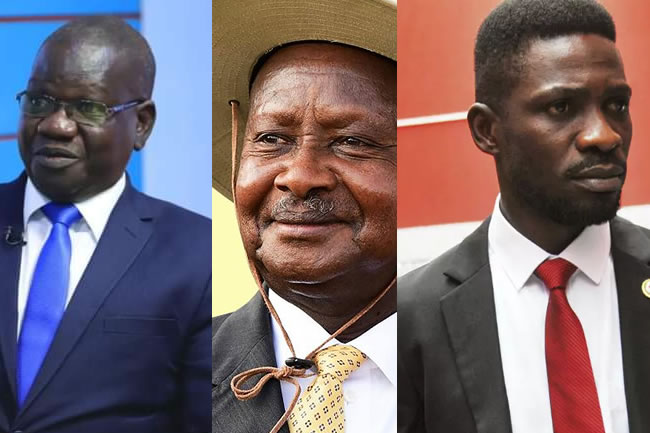 Politicians vying for various elective positions have been asked to accept defeat to ensure a peaceful post-election period.

Rev Canon Awodi, the Diocesan Secretary for Kampala Diocese challenged the leaders and contenders to remember that the progress and stability of the country is in their hands and that anything that triggers unrest and bloodshed will have lasting effects on the country.

Speaking at the All Saints Cathedral on the first Sunday of the year, Canon Awodi noted that most of the leaders and aspiring leaders in Uganda do not actually have the interests of the voters or even the country at heart, but personal interests.

He says it is this that leads to the suffering of the people during and after the elections. Awodi also reminded the general public that the constitution gives them liberty to ensure a peaceful election, which is also a prerequisite for getting good leaders.

Canon Awodi also echoed the calls by other leaders on Christmas and New Year’s Day, urging security personnel and those in charge of enforcing Covid-19 measures not to use excessive force on the people which has resulted in dozens of deaths.

At Watoto Church, the Christians prayed for a thriving economy this year amidst the COVID-19 pandemic that continues to lockdown the world.

The Uganda Revenue Authority (URA) has projected that within the next six months of this year, it will be the worst for the economy as Uganda is just starting to feel the impact of COVID-19 in the economy.

Now in their Holy Communion service, the Christians dedicated the service to pray for a peaceful, prosperous and strong economy of Uganda.

According to Pastor Andrew Kimuli who led the prayer sessions, many projections have indicated tougher times, but as Christians, they should pray for a strong and better economy even in this time.

Kimuli says throughout the world, people say the economy is bad, but Christians should pray for more industries coming up, thriving commerce, jobs and employment. He led the team in praying that the nations of the world will also have a thriving economy since God does not sleep and does not slumber.