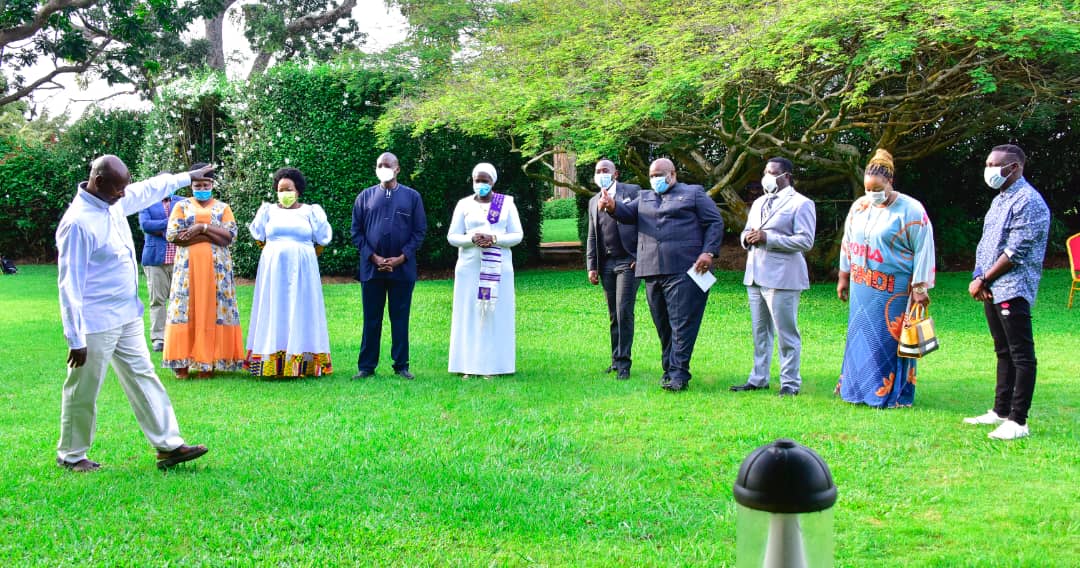 City Pastors from over 10 churches in and around Kampala have prayed with President Yoweri Kaguta Museveni at State House Entebbe. They also pledged their support for him in the upcoming Presidential elections due this Thursday.

The Pastors who each commands a following of over 20,000 Christians were accompanied to the meeting by Mr. Balaam Barugahara an NRM supporter and promoter.

The men and women of God pledged their full support and that of their followers for the President and NRM party in the forthcoming general elections.

They prayed for peace during and after elections and put Uganda in the hands of God during this season.

President Museveni promised to support the organized groups in their churches who have formed SACCOs with an aim of starting up small business to improve their house hold incomes.

“We have given support to Catholic Church, like Bishop Odama’s project in Northern Uganda, so we shall support you too,” he said.

After the meeting, President Museveni and the Pastors prayed together for peace.