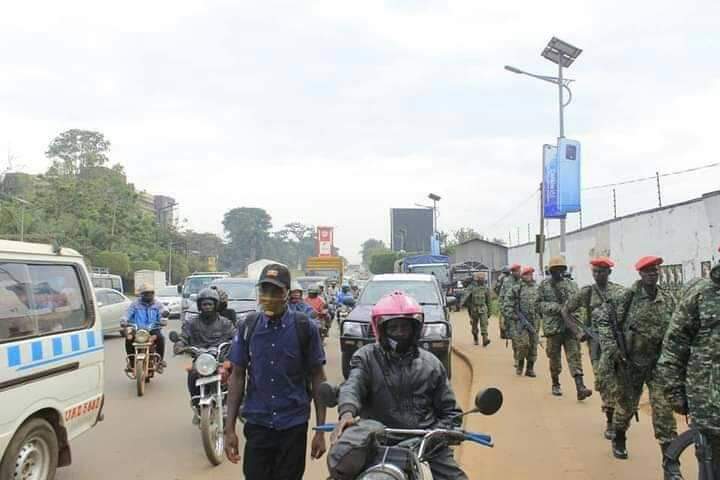 Military personnel have been deployed at all major road junctions in Kampala City.

At all the junctions, Boda-Boda riders are not allowed to go beyond the checkpoints. At Wandegeya, motorcyclists are diverted to Makerere-Nakulabye road. Roads leading to Nakasero near the State House have been blocked from being used by both motorcyclists and drivers.

At least two security officers are seen on motorcycles patrolling the Jinja highway, areas from Ntinda, Spear Motors among others. On several junctions like the Lugogo Bypass, security forces are seen patrolling on foot.

There was a heavy traffic Jam between Jinja Road traffic lights and the Electoral Commission offices as cars transporting delegates to the swearing-in branched off towards Kololo grounds from the roundabout.

Security at markets has also not been neglected. There is police and military at entrances of markets such as Wandegeya, Kasubi, USAFI and St Balikuddembe commonly known as Owino. In Kisekka market which is known to be a centre of chaos currently has a calm atmosphere. Military and police are also on high alert on road leading to Kisekka market.