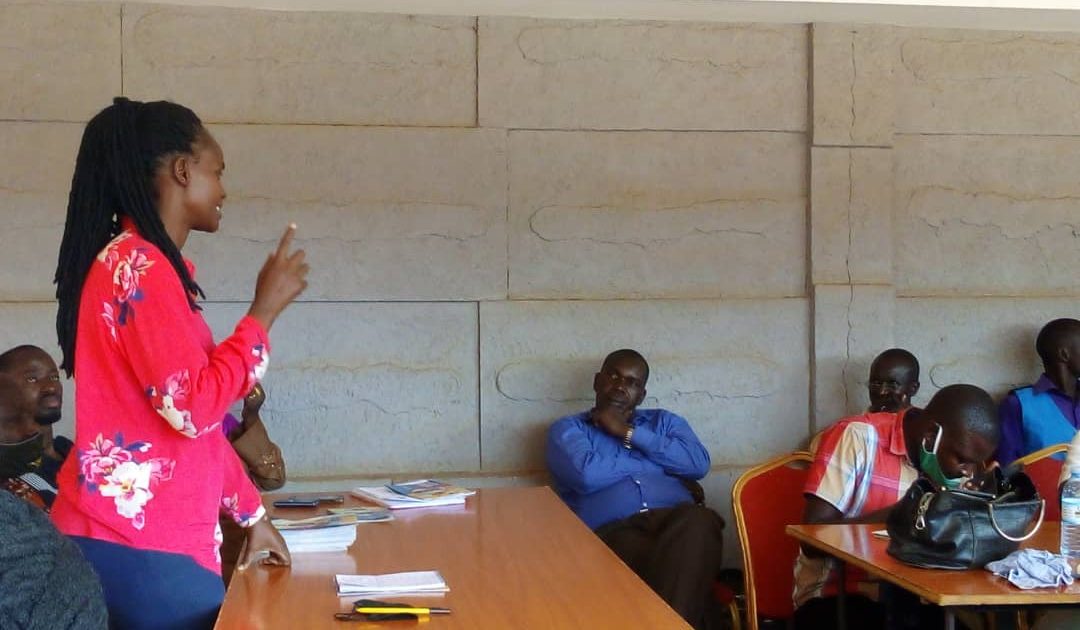 The outgoing Youth Representative for Central Region in Uganda’s 10th Parliament has pledged to develop netball in Teso sub region because of its strategic location and vast talent in the regions.

During her campaign in Soroti on Sunday evening, Sarah Kityo Babirye said that the Teso Sub region is a sports hub that has remained struggling and the region deliberately kept poor by the current regime.

Speaking to over 20 excited delegates Kityo said once elected president her priority will be to ensure mini Stadiums should be constructed in all the districts, put offices for sports officers, amperes, X-players to help them carry out training courses and organize regional netball competitions to identify quality netballers for the country.

Kityo has pledged, in her administration, to have every club, first, second, men divisions, Districts to have functioning secretaries.

“You all know the secretary is often the first point of contact for people who need information or details about activities. An effective secretary helps in coordinating club events such as meeting schedules, social activities and fundraising activities,” Said Kityo. Adding that, there will be a Secretariat that will carry out the substantive and administrative work of the Uganda netball federation as directed by the General Assembly.

According to Article 8 of the constitution, the elective assembly shall be held every four years and not later than February of the Election year and a quorum shall be two-thirds of the paid-up and active members.

Harriet Margret Apolot who is vying for the position of Assistant General Secretary on the other hand said that, Team Sarah is determined to deliver the people of Uganda to the Promised Land in Netball.

For starters in the Uganda Netball federation in 2007, Susan Anek was appointed the interim president for Uganda Netball Federation (UNF) by the National Council of Sports (NCS) after Lydia Bukenya the former president was accused of failing to organize an election when her two-year term ended.

Anek with an interim committee was in charge of UNF till 2009 when an election was held.

Anek won the 2009 election against Bukenya and has been president for three terms following the amended UNF constitution where the two-year term was doubled.

Who is Sarah Babirye Kityo

Hon Sarah Babirye Kityo was born on December 27th 1986, is a Ugandan politician and currently is the youth representative for the Central region in Uganda 10th Parliament.

She attended Luwero SDA primary school and left in 1995, She attended Mulusa academy Wobulenzi for both ‘O’ level (UCE) and ‘A’ level (UACE) leaving in 1999, In 2015 she graduated with First class bachelor of public administration and management from Uganda Christian University (UCU)

She is married and is a mother of two children

She has participated in all the East African Community (EAC) Inter-Parliamentary Games tournaments (2016–2019), and she has helped the Uganda Women Parliamentary team win several accolades. She has several personal accolades ever since her debut in 2016.

2016 in Mombasa, Kenya – She was the Best Netball Shooter and Best Volleyball Setter.

2017 in Dar-es-Salaam, Tanzania – She was the Best Netball Shooter.

2018 in Bujumbura, Burundi – She was the Best Netball Shooter.

2019 in Kampala, Uganda – She participated in Volleyball, Basketball, Netball and Gold disciplines was the Best Netball Shooter as well as the Overall Gold Winner of the tournament.